If you want a Mercedes-Benz, with its image of restrained style, disciplined authority and sporting understatement, then the car you're probably thinking about is an E-class. One of the later four-headlight second generation versions (introduced in 1995) makes a superb buy and there are plenty to choose from on the used market.

The new-shape E-class of '95 with its distinctive four circular headlights began with saloons only in five forms; E200, E230 and E320 petrol models, plus two diesels - a four-cylinder E250 and a six-cylinder E300. Most of these could be ordered in three specifications; Classic, Elegance and Avantgarde. The previous shape estate line-up was still sold until well into 1996 when it was replaced in Autumn by a new-shape second generation version. The Coupe also soldiered on into 1996 (a few '97s may be about) and the Cabriolet made it to 1997. The coupe was ultimately replaced by the smaller C-class-based CLK in 1997, with a drop-top version following in 1998. Mercedes dabbled with the E Class twice in 1997. In March, it introduced new V6 engines but, confusingly, the E280 and E320 kept the same names as their straight-six predecessors and the styling was left untouched. At the same time, a new coded, plastic ignition 'key' and locking system was introduced, as well as the company's 'Brake Assist' automatic emergency braking system. Late in 1997, more new engines appeared. This time, the old 2.3-litre four-cylinder models were replaced by the E240 (a new V6) while a V8 appeared for the first time in a right-hand drive E Class - the 4.3-litre E430. A V8 was also used in the AMG-engineered E55 AMG performance flagship, launched in the Spring of 1998. The old 300 diesel was replaced by a new turbodiesel, too. In early 1999, a high-tech 'common rail' four-cylinder turbo diesel arrived in the saloon-only E220CDI, replacing the older 2.5-litre diesel. Mercedes announced a 'mid-life' facelift for the popular E-class in mid-1999, with over 1800 changes. A subtly restyled nose and new door mirrors incorporating S-class side indicator repeaters were the main visual changes. A new 3.2-litre 'common rail' engine for the 320CDI model replaced the previous E300 turbo diesel, the E200 petrol and E220CDI diesel could be ordered with 6-speed manual gearboxes and a new five-speed automatic transmission with one-touch manual override was available. There were also many detail interior changes and equipment upgrades, including window airbags, some of which were first introduced with the current S-class. In Summer 2000, the E200 got the supercharged Kompressor engine, while the E240 got a 2.6-litre six cylinder unit. Spring 2002 saw the introduction of an all-new E-Class series.

What You Getword count: 170

'The Best or Nothing'. It was the personal motto of Gottlieb Daimler and the criterion he applied in creating the automobile. A century later, it remains the guiding spirit of the company he co-founded. Most Mercedes-Benz customers feel the same. Few would consider a Vauxhall or a Ford, a Rover or a Saab as an alternative, however luxurious. None of those cars could give them the feeling of driving a universal automotive benchmark, a car which sets the standards by which others must be judged. There's a great deal of mythology in that of course. In many ways, the Stuttgart company can no longer claim to be in a class of its own, with great strides by rival manufacturers, notably neighbours BMW, challenging the premium prices still being asked by the three-pointed star. Even so, the ownership of a Mercedes-Benz still remains the mark of instant status. Somehow, just seating yourself behind the wheel is enough to send a little rush of pride seeping through the veins. You've made it. 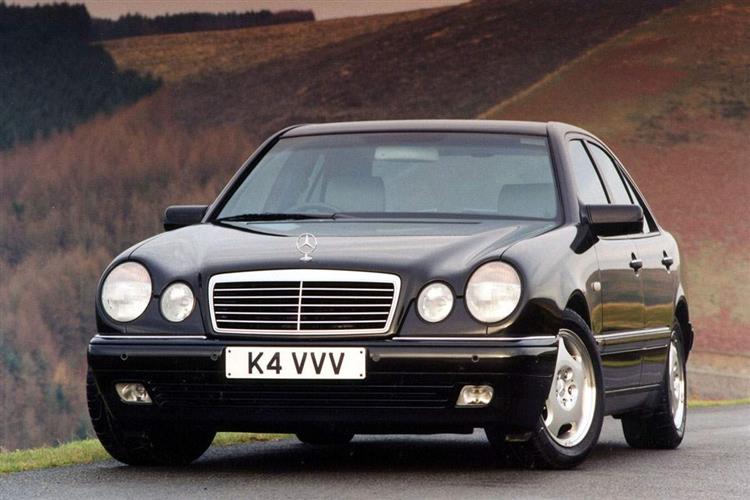