This is the compact executive express that rival manufacturers continually struggle to beat. So desirable is the post-1998 generation BMW 3 Series that despite the large numbers sold, it's still in demand as something of an exclusive purchase. Thanks to all those cars on the road however, secondhand prices are no longer as strong as they were: good for you, bad for the grey-suited corporate accountants. What it all boils down to is that for the same price as a tricked-up new Mondeo or Vectra, you could could put a delectable used fourth-generation 3 Series in the driveway.

The fourth generation BMW 3 Series, with more rounded styling and slightly bulbous nose, arrived in Britain in time for S-plates in September 1998. As usual, BMW drip-fed the new models on to the market, beginning with the petrol-powered 318i, 323i and 328i saloons and order queues quickly formed across the land. The smaller pair of saloons continued the less welcome Munich tradition of no longer matching engine size to badging - the 318i (and the lesser specified 316i which arrived later) shared a 1.9-litre engine and the 323i was a 2.5. The four-cylinder 320d arrived a year or so later, followed, in mid-2000, by the creamy-smooth six-cylinder 330d, quickly acclaimed the world's best diesel by the glossy magazines. The Coupes, sharing hardly any exterior body components with the saloons, began arriving in 1999 and you'll see them about with 318Ci, 323Ci, 328Ci and 330Ci badges. Touring estates also started to arrive that year with the range eventually building up to 318i, 328i, 330i, 320d and 330d versions. A more recent arrival was the superb convertible, almost coinciding with the 328i engine's replacement by the new 330i (yes, this one really is a three-litre model). The drop-top made its debut as a 323i, with 318i and 330i variants promised. These arrived shortly before the blisteringly fast M3, offered in coupe and convertible forms.

What You Getword count: 131

Not much in equipment terms this side of SE trim level. Stereos may have become standard a while ago but BMW still charges extra to air condition an £18,000 316i even though 'air' is standard in many £7,500 superminis these days. But most 3 Series buyers don't care about that any more than they fret about the cabin being smaller than a Mondeo's. You see, for the driver, this is the most rewarding compact car you can buy - bar none. True, the latest car's suspension may have been 'softened up' enough for the magazine pundits to complain the car's lost its edge but try telling that to most owners. There are fine competitors on offer these days but a 'Three' in the company car park still makes the strongest statement. 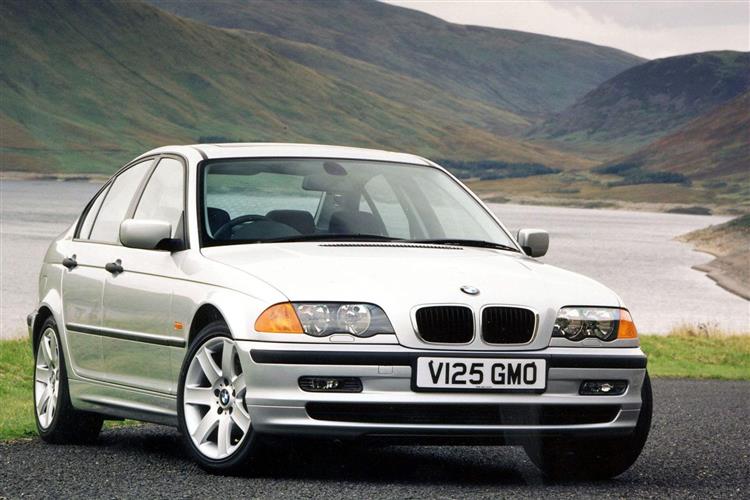