The S40/V40 range was the car that finally persuaded buyers that Volvo really could build a credible compact executive car. It wasn't a BMW 3 Series or an Audi A4 - but it wasn't far off and didn't cost nearly as much. On the used market, that appeal still holds good. If you don't care about pin-sharp handling but want a classy, prestigious small saloon or estate at an affordable price, this could be just what's required.

This car was originally christened the S4 - and, indeed, was originally displayed at the 1995 London motor show as such. That was before Audi stepped in and threatened legal action over the use of a title already being used on their sporting models. Given that Ingolstadt was providing turbo diesels for the larger 850 range, Gothenburg could hardly argue. So the car became the S40 - or V40 for the estate version. In actual fact, the term 'estate' was a rather generous one; this was one of those so-called 'lifestyle estates', without the grandfather clock-capacity of Volvo's larger station wagon models. Nevertheless, it was a lot more practical than alternatives from BMW and Audi. The S/V40 itself, like the 400 series before it, was built not in Sweden but in Holland where it rolled down the same production line as Mitsubishi's mechanically similar Carisma. Initially, the range was launched with just two petrol engines of 1.8 and 2.0-litres in size. In December 1996, a turbo diesel version arrived with the same 1.9-litre Renault engine found in the Laguna and previously used in the 440 range. In April 1997, this was followed by a new entry-level 1.6-litre petrol model. In Autumn, the flagship T4 version was launched with a turbocharged 1.9-litre engine and potent performance. But Volvo hadn't stopped there. The first few months of 1998 saw two further petrol models launched - the light pressure turbocharged 2.0T and the Mitsubishi-made Gasoline Direct Injection 1.8-litre GDi, which aimed to combine diesel economy with petrol performance. In Spring 1999, a new direct injection 1.9-litre diesel replaced the old TD unit (but wasn't much quieter). In July, the range was improved with the addition of Volvo's clever WHIPS anti-whiplash system to protect occupants in rear-end collisions. 'Phase II' models were introduced in mid-2000 with new engines and transmissions, retuned chassis, upgraded specifications and additional safety features. You'll pick these cars by subtly restyled bumpers and side marker lamps, double-lens headlamps, new tail lamps and restyled alloy wheels. Redesigned air conditioner and stereo controls nestled in a new centre console. The petrol T4 versions had their capacity increased from 1.9 to two litres and a pair of 'common rail' turbo diesels replaced the earlier engine. All two-litre petrol engines now had the option of the V70's new five-speed automatic transmission. The ride and handling were improved by widening the front track by 18mm to allow larger tyres to be fitted and by extending the wheelbase 12mm. In 2001 Volvo launched Bi-Fuel LPG models across the S and V40 ranges. A Sport Lux model was introduced in late 2001, combining the luxury of the SE spec with the racy looks of the Sport variant. Available with all engines bar the T4, the Sport Lux's pricing saw it run into the bottom end of the premium sector. In early 2003 a series of changes saw the 200bhp T4 and the 102bhp turbo diesel engine dropped from the range. At the same time prices were massaged downwards and equipment was boosted. All models got leather trim and those that already had it gained an electric driver's seat. Sport and Sport Lux versions also received white side repeaters, bigger 17-inch alloy wheels and sports dials.

A cultured car that in second-hand form makes a good alternative to a new Focus or Astra. The 2.0-litre petrol engine is the best bet but do try the excellent 2.0T version which is harder to find. Three basic trim levels were offered initially - base, SE and CD with S and XS arriving later - and to those an almost endless range of option packs could be offered. Standard equipment on all models stretched to power steering, ABS, SIPS (the Side Impact Protection System), a driver's airbag with seatbelt pre-tensioners, colour co-ordinated body mouldings and mirrors, an immobiliser, electric front windows and powered mirrors. To this, the SE versions add a glass tilting/sliding sunroof, remote control for the central locking, an alarm with deadlocks, a trip computer and cruise control. Finally, CD specifications run to 'burr wood' trim, air conditioning, leather-faced seats, electric rear windows and a better quality stereo with a CD multichanger. 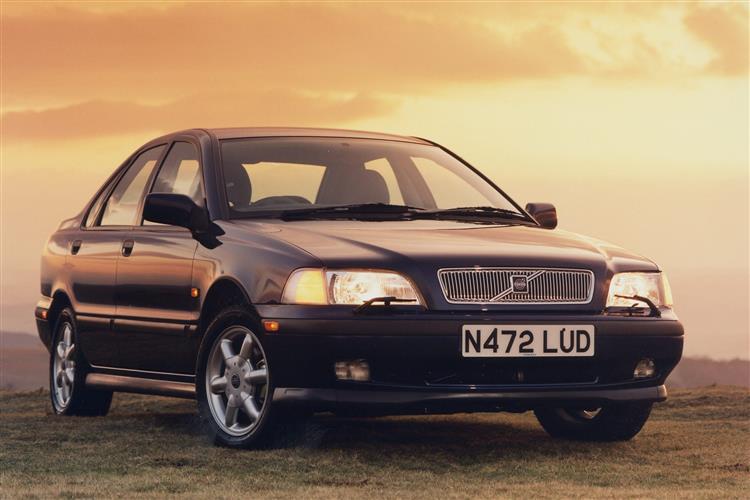