The Omega was to be the Vauxhall that BMW, Mercedes and Audi customers could buy with confidence. Launched in 1994, it was intended to blur the difference between mainstream executive cars and their prestige sector counterparts. And it has. Though there aren't many about on the used market, they make desirable buys. An Omega is built just as well as any rival from Bavaria, Stuttgart or Ingolstadt. Yet market perception continues to place a lower value on that Vauxhall badge; hence the fact that a second-hand version is far better value.

The Omega was launched in 1994 to replace the well-liked Carlton and Senator ranges at one stroke. Hence the wide selection of engines offered from the very start; 2.0-litre eight and 16 valves and 2.5-litre and 3.0-litre V6s. There was also a smooth 2.5-litre turbo diesel six-cylinder engine, sourced from BMW, supplemented in January 1998 by a two-litre TD, itself supplanted by a direct-injection unit in April 1999. Initial customers chose between saloon and estate bodies and six basic levels of trim; Edition S, Select, GLS, CD, CDX and Elite. A sporty MV6 model with the 2.5-litre V6 engine was launched in 1998, as was a 2.0-litre DTi diesel version. The range received a substantial facelift with revised nose, tail and interior styling plus a new 144bhp 2.2-litre four cylinder engine in September 1999. In early 2001, new engines were introduced including a 125bhp DTi turbo diesel unit borrowed from the Vectra. The 2.5 V6 was replaced by a 2.6-litre unit and in Spring 2001, the 3.0-litre V6 was replaced by a 3.2-litre unit. The entry-level 2.0-litre petrol engine was eventually dropped. The last Vauxhall Omega models were sold in the opening months of 2004.

What You Getword count: 52

A car that's every bit as good as German, British, Japanese and Swedish competitors; better in many respects. The ride and handling are superb and it feels as if its been built to last. It really just comes down to whether you feel there's enough character - and that badge of course. 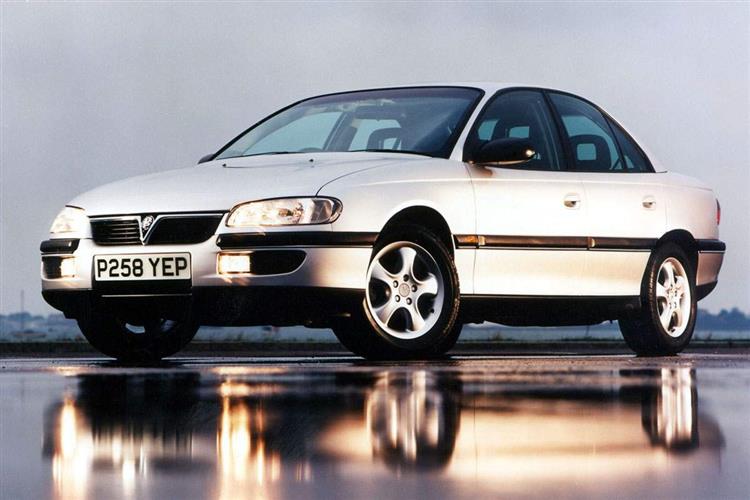