A NATIONAL INSTITUTION (some text hidden)

Although many malign the Ford Cortina, history will judge it in a different light. Launched on September 21, 1962, the Cortina cost £573 in standard 1200 saloon guise and became an instant bestseller. It enjoyed a 20-year career in which 4.3-million examples were produced. The last Cortina was assembled in July 1982, and was succeeded by the Sierra, at which time the entry-level model was priced at £4,515. The Cortina was so successful and so different from other cars in the industry that in Britain it inspired what became known as 'the Cortina class'. Once established, at times one in every six cars being built in the UK was a Cortina. Along with the parallel success of the Escort from 1968, this helped Ford gain market leadership in Britain, which it has now maintained for more than 25 years. In 20 years, four distinctly different generations of Cortina were put on the market - each of them selling more than a million examples around the world. Although the Cortina is often viewed as something of a figure of fun, it has become an integral and important part of British motoring history and the rarer models are increasingly collectable.

What You Getword count: 143

The Cortina has always represented no-nonsense family transport. The MkI and Mk II models, like Wagon Wheels, may well be smaller than you remember them, their interior space being put to shame by a current Fiesta. The 109bhp Lotus Cortina still has the capacity to entertain and the 1600E is a handsome devil. The Mk III's American influence is apparent in its soft suspension and lazy power delivery, the 2.3-litre engine generating just 113bhp but a decent amount of torque. Opt for a Mk IV or preferably a Mk V - also known amongst Cortinaphiles as the Cortina 80 - and understandably you'll get a closer approximation of modern motoring. Whilst some would say they give a closer approximation of what a big step forward the Sierra represented, the later Cortinas are still spacious and good looking in a set squared eighties fashion. 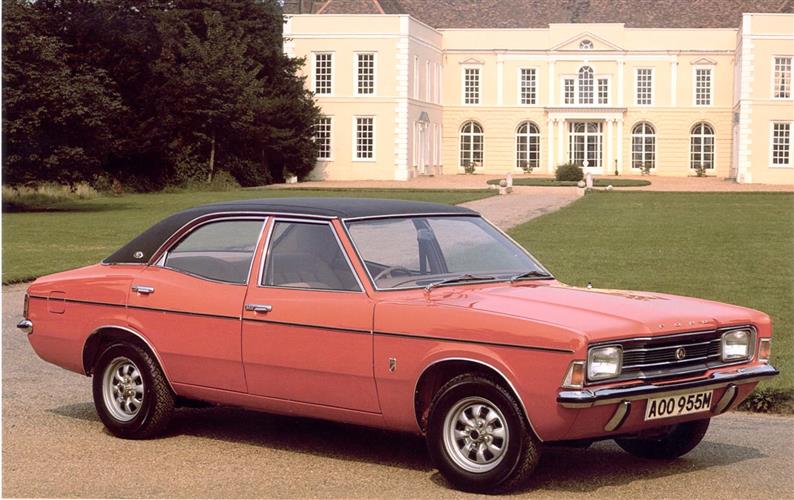