ESTATE OF THE NATION (some text hidden)

What do you want from an estate car? If, as many increasingly younger buyers do, want a stylish, sleek and maybe not-so-practical 'sportwagon' then the Daewoo Nubira estate probably won't appeal. If, on the other hand, you're after a car that's tough, inexpensive and will haul plenty of gear without complaint, the Daewoo makes an interesting alternative to more dilapidated fare. You should be able to pick something up with an acceptably modern number plate for less than you might expect. The impressive three years free servicing offer on new models is invalidated unless bought through a Daewoo retail centre, unlike the AA cover and warranty for the same period.

The Nubira estate marked Daewoo's first foray into this market sector, its predecessor, the Espero, having never been offered as a five-door. Launched to a British public in September 1997, the Nubira's engine choices ran to a 1.6 fuel injected unit that developed 105bhp and a 2.0 injected motor that made a punchy 132bhp. This would outstrip other 2.0 offerings, some with renowned driver appeal such as Ford's Mondeo or the Nissan Primera, to 60mph despite the Nubira's unassuming appearance and image. There were two available trim levels, based purely on the engine choice. The 1.6 litre car was badged as an SE, and the two-litre car carried the CDX nomenclature. An automatic gearbox option was offered to CDX buyers. The Nubira underwent a revision in October 1999, with the exterior being updated and the interior receiving a superficial quality infusion. Under the bonnet, a new steering pump improved the feel at the wheel. This model lasted until the end of 2002, when the Nubira was deleted from Daewoo's price lists. An entirely new Pininfarina-styled Nubira followed in summer 2003 offering a new level of sophistication to Daewoo customers although an estate version was not initially offered.

What You Getword count: 202

If you're after convenient, hassle-free motoring, the Nubira estate makes a sound choice. It's reasonably well specified in standard trim, with the base Nubira, the SE, being fitted with air conditioning, twin airbags, immobiliser and alarm, four speaker RDS radio/cassette, metallic paint and body colour bumpers. The 2.0 CDX model can most easily be identified by its electrically adjustable/heated body coloured door mirrors, and is also fitted with rear electric windows, six speaker stereo system and front fog lamps. Space in the rear is very good with a long and flat loading bay that's clear of too much intrusion. Whilst even the most ardent Daewoo supporter wouldn't argue that these are the most stylish or best handling choices in the sector, the Nubira offers reliable transport backed up by a cast iron warranty and an after sales service of recognised excellence. Esteemed partners such as ItalDesign and Ricardo were drafted in to work on the car, and those expecting economy basic wheels may well be in for a pleasant surprise. Three year old cars which are just out of warranty should represent an interesting bargaining opportunity but bear in mind that a significant part of the value proposition may have just expired. 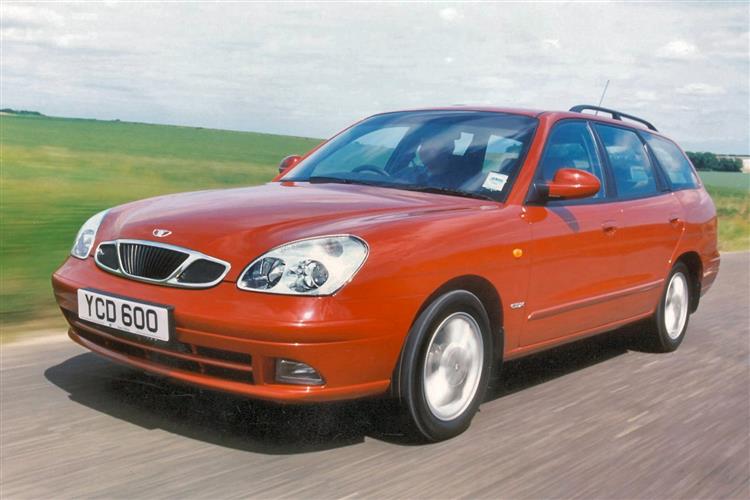