THE ORIGINAL (some text hidden)

Very few cars can lay claim to spawning an entire market sector, but the Volkswagen Golf GTi is one of them. Before we even started referring to cars of its ilk as 'hot hatches' they were simply called GTis. For a while in the early eighties it seemed that almost every mainstream manufacturer had a hatch badged GTi on their books, riding on the coat tails of the Golf's phenomenal success. As with any such iconic car, a cult following has grown up around the Volkswagen Golf GTi and whilst today's versions are supremely well built and laden with luxury and safety features the two versions we examine here, the Mk1 and Mk2 cars are what most purists would refer to as 'real' Golf GTis. The early Mk1 cars are the collectors items but the 16v version of the Mk2 is still the car most enthusiasts would point to as the car that marked the greatest GTi moment.

Few who attended Volkswagen's stand at the 1975 Frankfurt Motor Show would have any inkling of the significance that the Golf Sport study would eventually have. Sold in Germany as the GTi in 1976, Volkswagen UK began importing it in left hand drive guise in 1977. It was still a very basic car, with metal bumpers and an interior that was extremely stark. Volkswagen's idea of a refinement was a push button radio with one speaker. Nobody really caught on to the genius behind the car until 1979 when right hand drive versions became available. Within two years the GTi had spawned a host of imitators such as the Ford Escort XR3, the Talbot Sunbeam Ti and the Vauxhall Chevette 2300HS. These were in turn followed by cars like the Vauxhall Astra GTE and the Peugeot 205 GTi. A five-speed gearbox was introduced in 1979 and a revised interior made an appearance in 1981. The following year the GTi got alloy wheels and in 1983 came the major development of the Mk 1 car when the 1.6-litre engine was replaced by a 112bhp 1.8-litre engine. Although enthusiasts note that the old 1.6 was a sweeter and more driveable powerplant, the extra torque of the 1.8 (109 vs 85lb/ft) made it a swifter performer. While the 1979 Golf GTI was the original right hand drive hot hatch, the 1983 Golf GTI Campaign was the limited edition run-out model of the Mk1 GTI and to many has become the most desirable. Based on a standard 3-door Golf Mk1, but with 112bhp Bosch injected engines, there was 112-115mph top speed, acceleration and roadholding to match. The Campaign continued the no nonsense approach that had become taken for granted on all Mk1 Golf GTIs. There were no automatics, five doors, or wide wheels. There were only ever a thousand Campaigns delivered to the UK. The Golf MkII GTI arrived in February 1984, a bigger and heavier model and while it lost some of the original lines, it updated the model and took the Golf into the 1980s; indeed it is one of the cars that defines the 1980s. Who can forget that Paula Hamilton advert? The wheel-base was lengthened by 75 mm, and the overall length increased by 170 mm and the width by 55 mm. The car's weight increased from 840 kg to 920 kg, yet it wasn't any the more sluggish for it. Indeed, thanks to its new rounded edges, drag was dramatically reduced. The GTI was pretty much as the standard car, except for disc brakes fitted all round. The 1.8 engine still produced 112 bhp at 5800 rpm, reached 60 mph in just over eight seconds and had a new top speed of 119 mph. The spec for UK cars was generous at first, including Pirelli slotted alloys and sunroof - although these were deleted from the three-door and transferred to the five-door version, which arrived in February 1985. From February 1987, ABS brakes became optional. In August, in came a new shape grille, left-hand parking wipers and central rear Volkswagen badge, while out went the front quarter-light. The 8-valve now had Bosch Digifant engine management and new trim, and the five-door got steel wheels as standard. Special equipment models in the summer of 1988 celebrated production of 10 million Golfs. The spec included seven-spoke alloys, central locking, and multi-stripe trim and tinted rear lights. Available in Helios Blue, metallic black and Oak Green, they proved a big success. In August 1989, the so-called big bumpers arrived; whilst on the mechanical front, a catalytic converter became optional - but 12-hole steel wheels were now standard. October 1990 and power steering, tinted glass and central locking were fitted to the 8-valve. 1991 was the run-out year for the model, so in October the equipment package was up-rated to include BBS alloy wheels, partially smoked rear light lenses, electric front windows and 16-valve-style rainbow upholstery. Metallic paint finish was now a no-cost option. The MK2 model range was officially discontinued in February 1992. September 1986 was when Wolfsburg gave us the 16-valve Golf. The only clue that this had eight valves more than the standard GTI was a bright red badge below the logo - and if you took a tape measure to it, you'd find it 10 mm closer to the ground. The really important component though, lay beneath the bonnet. A cast alloy, thermally hardened 16-valve cylinder head. Bosch K-Jetronic fuel injection system helped increase power by more than 24 per cent over the 8-valve. 139bhp and peak torque of 122lb ft translated into a 129mph top speed an d 60mph in just over seven seconds. In August 1989, big bumpers arrived, with front fog-lamps and larger side rubbing strips. Although smoked rear lamp clusters and BBS alloys were fitted, out went electric windows. Power steering was now part of the spec. January 1990 welcomed the five-door 16-valve. In November, electric windows reappeared on the spec sheet. Like the 8-valve, the model was discontinued in February 1992, replaced by the significantly lardier Mk3 car.

What You Getword count: 70

The Mk 1 cars - especially the earlier variants - will seem extremely firmly sprung and Spartan and even the Mk 2 cars nowadays feel like relics when you sit inside them. There are no airbags, pretensioning seat belts, cup holders or air conditioning systems that we take for granted today. Despite that, they're all built to last, good to drive and offer solid motoring for not too much money. 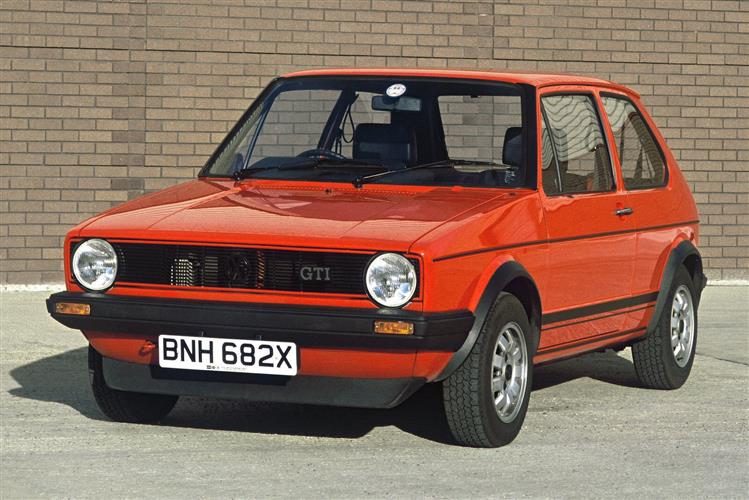