TOZ THE REASON TO BE MERRY (some text hidden)

Apparently named after the A To Z map book you'll need to navigate large cities, the Atoz is a city car par excellence. But then so, it could be argued, are any number of other tiny cars from both Asia and Europe. Why buy a used Atoz? Firstly, you may need ultimate utility - five doors, acceptable interior space and the narrowness that's handy in the urban sprawl. Secondly, you may want something that faintly resembles a car in appearance, unlike the extreme eggbox shapes of the Suzuki Wagon R+ or Daihatsu Move. If this is the case, a used Atoz makes a good bet. If the styling is still somewhat too sit-up-and-beg for your liking, the newer but mechanically similar Hyundai Amica may fit the bill. For a growing number of British customers however, the Atoz has been the answer to their particular requirements. Powered by a willing 1.0-litre powertrain, the Atoz is not as hopeless as one might expect on the open road, although free-flowing motorways are not its forte. Still, if you place yourself in the middle of any big UK city and consider how many miles you'd need to drive before the Atoz felt a bit exposed in this respect, you'd appreciate the logic in searching down a decent used one.

The Atoz had no predecessor in the Hyundai range to live up to upon launch in May 1998. Rather it was a clean-sheet design, aiming to bring a little versatility to the city car sector. Featuring the only multi-valve engine in its class, it immediately prompted interest. Helped by the fact that customers at the lower priced end of the new market weren't put off by the Hyundai badge, it sold over 4800 units in its first year, respectable figures for an oriental city car. It was available in base or Atoz+ guise, with manual, three speed automatic or a novel semi automatic gearbox. Effectively a manual five-speed without a clutch, this model was the best compromise for city driving. June 1999 saw the introduction of a limited edition 'Midas' model, but there were little changes until summer 2000 when, with sales of the lower-priced Amica gaining ground, Hyundai deleted the base Atoz designation. The car was discontinued altogether late that year.

What You Getword count: 151

With the Atoz you get a small, rather high rise, but nonetheless quite attractive little city car. There's not a great deal to choose between the base model and the Atoz+ bar specification differences. The Atoz+ gets an airbag, alloy wheels, air conditioning, central locking and electric front windows. For equipment, practicality and on pricing, it beats a Fiat Seicento or SEAT Arosa hands down. The Atoz Midas special edition is worth a look, coming equipped with gold mica paintwork, a CD player, rear spoiler, unique alloy wheels and body-coloured bumpers, side mouldings and tailgate handle. It's worth pointing out at this point one item that you don't get with the Atoz and that's ABS. In wet conditions the brakes easily overcome the modest grip afforded by the tiny tyres. Whilst it's not dangerous per se, it is something that's worth bearing in mind if you've only ever driven ABS-equipped cars. 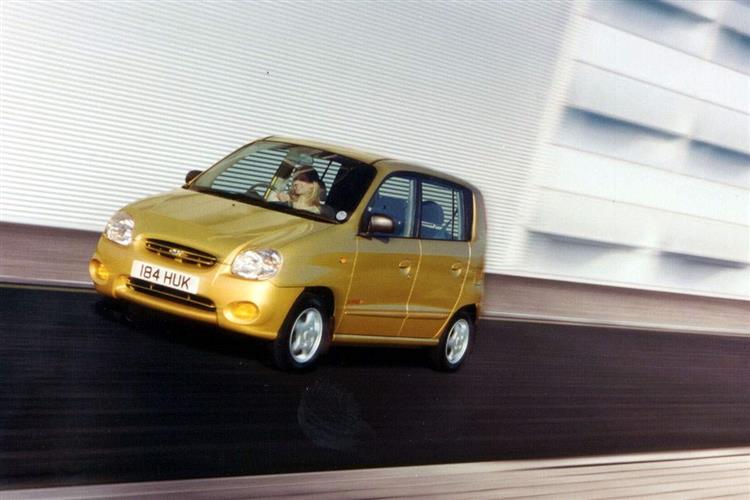