There's an old adage which suggests that it costs as much to get it right as it does to get it wrong. Ask Ford, whose newer models have just about erased the memory of earlier failures. Renault, too, have not only learned their lessons the hard way but have also put them to good use. In 1994, evidence arrived in the UK in the form of the French giant's medium range Laguna line-up, offered first in five-door form and subsequently as an estate. The car swiftly became a sales success, so much so that it's now plentiful on the second-hand market. In terms of value for money, the high-spec RT trim level is a good bet and, in combination with the 1.8-litre engine on earlier cars and the 16-valve 1.6 on later examples, provides possibly the best combination of performance and economy.

Initially in 1994, buyers had a choice of 1.8, 2.0 or 3.0-litre V6 power. A multi-valve 2.2-litre normally aspirated diesel soon followed (in April 1995), and at the same time, a 16v 2.0-litre petrol unit. Estates first appeared in late 1995, while turbo diesel engined cars were added in the summer of 1996. Trim levels initially ranged from RN through RT and RTi to RXE. Air conditioning was added to many models as standard equipment at the end of 1996, while the V6 hatchback was discontinued in mid 1997, pending the release of an all-new 24-valve engine of the same capacity. This was introduced with a revised range announced early in 1998. This featured subtle styling tweaks, new 16v 1.6 and 1.8-litre engines, a new normally aspirated direct injection 1.9-litre diesel and a new sporting V6 manual gearbox RTi model. Further revisions were announced in the summer of 1999 when Renault's 16v 2.0-litre engine, the same 140bhp unit used to power the latest Espace, was slotted in. By now the trim levels included Alize, Sport, RT Sport, Executive and Monaco. In December 1999, Renault's first common rail diesel, the 1.9 dCi, replaced the 2.2dT unit. A radical replacement was introduced in early 2001 with a couple of all-new engines and adventurous styling. Available as a hatch or a Sport Tourer, the Laguna II offered such innovations as a keyless go system using a credit card sized 'key', on board tyre pressure monitoring and Brake Assist programs that work hand in hand with the stability control program.

What You Getword count: 98

Arguably the best medium range car in the class - probably the best all-rounder. Even a brief drive confirms it as a class leader - no mean feat in a category which now includes some of the best cars in the business. From the moment that you 'thunk' the solid door shut and manipulate the telescopic wheel to achieve the perfect driving position, it's clear that this is a car which knows its brief inside out. Moreover, the squashy seats, strong ventilation, perfectly placed switchgear and airy cabin remind you of the fact every time you step inside. 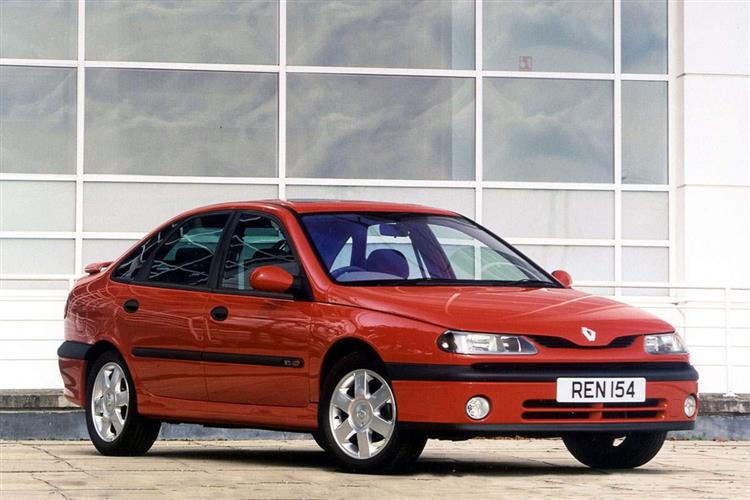