Twice in less than two decades, Renault has created a brand-new niche in the market with vehicles other car makers have scrambled to copy. The Espace MPV People carrier spawned a new generation of family carry-alls when launched in the mid-1980s and the Megane Scenic created the mini-MPV segment in 1997. The Scenic came about because Renault's research showed that buyers of full-size MPVs rarely used all their vehicles' capacity and that ever-increasing fuel prices, traffic congestion and difficult parking were starting to put people off the bulky machines. It was time to create something with similar flexibility, only smaller, and the Megane Scenic was the result. Essentially a five-door Megane hatchback with a 20cm taller roof, five individual seats with a variety of mounting positions and a myriad of ingenious cabin storage locations, it was an instant hit, and became the most popular model in the Megane range soon after the UK launch in May 1997.

The Renault Megane Scenic mini-MPV was launched in May 1997 with a choice of 1.6 and 2.0-litre eight-valve petrol engines, plus a turbocharged 1.9-litre diesel and RN, RT or RXE trim. In February 1998, a more advanced 1.9-litre direct injection unit replaced the turbo diesel engine. Easy versions were also introduced with clever clutchless gearboxes (not popular and since dropped) while a top-spec Monaco version was also made available.

What You Getword count: 88

A clever five-door family hatchback that can double as a useful van or any combination in-between. Kids love the flexible seating layouts, the fold-up tables in the front seatbacks and the numerous storage bins for their toys and sticky lolly wrappers. Don't just think family use, either; if you like sitting up straight and high or want the ability to carry bulky items bought on impulse while out for a jaunt, the Scenic is well worth a look before you decide on that ordinary hatchback or estate car. 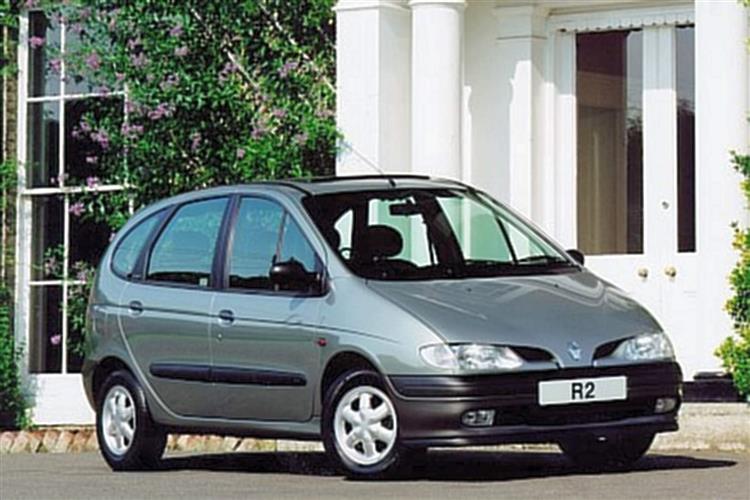