THREE FOR ALL (some text hidden)

The BMW 3 Series coupe established itself as the default choice as the premium compact coupe of choice in the nineties. Mercedes were slow to respond, not launching the rival CLK model until 1997 and Audi's Coupe never really overcame the wholesale indignation of the fact that it pointedly wasn't an Audi Quattro. This left the field clear for BMW to clean up and during its lifespan it developed the E36 series Coupe to a finely honed excellence. Used examples are plentiful, but you'll need to be on your toes if you want to avoid the rogues. Prices have fallen to levels where the cars are getting into the hands of those who can't afford to maintain them, so shop with care.

The E36 series BMW 3 Series was quite a shock to the system, replacing as it did the resolutely square E30 generation cars in Spring 1991. With sleeker styling and a slicker interior, the E36 offered a more refined touring bias than the rather rorty E30 models and it was an instant hit, offering subtler appeal to match the mood of the early nineties. At first, only saloon models were offered, but the coupe variants appeared in January 1992 with four-cylinder 318iS and six-cylinder 320i and 325i derivatives on the books. An entry-level 316i four-cylinder variant followed that summer. The 16v 1.8-litre unit was more potent than the 8v engine used in the Saloon - hence the S designation after 318i. A flagship 3.0-litre Motorsport-tuned M3 flagship followed in early 1993, followed by an ultra-rare M3 GT homologation special. An entry-level 316i version was launched in early 1994 while March 1995 saw the launch of a slightly revised 2.0-litre six-cylinder petrol engine for the 320i variant and an all-new 2.8-litre six-cylinder petrol unit for the 328i flagship, replacing the 325i Coupe. At the same time the Coupe range was boosted with a 323i derivative that replaced the previous 320i. Contrary to its name, this had a 2.5-litre six-cylinder petrol unit. From January 1996, all the M3 Evolution was launched, with a 3.2-litre six-cylinder engine with double-VANOS valves and 321bhp. Anti-lock brakes were standardised on all models in 1992 and, airbags arrived as standard fare from September 1993. Catalysts were part of the recipe since the car was first introduced in 1992 along with a range of safety features that have earned the marque the respect of its customers. All models got a minor makeover in September 1997 that included equipment upgrades and subtly different front end treatment. The E36 Coupe models were sold alongside the next generation E46 saloon models for a while until they too were replaced in May 1999.

What You Getword count: 148

One complaint those who aren't fans of the 3 Series Coupe level at the car is that it doesn't look signally different from the saloon model albeit with two less doors. Flip that argument on its head and you'll appreciate that the car offers almost saloon-like levels of space with none of the claustrophobia associated with many more compact coupes. True, some of the lower specification cars can look a little dowdy but a nicely appointed E36 Coupe still looks a smart number. The interiors show the clean attention to detail that barely dates and the build quality is very good. The M3 models are still highly sought after and on a performance per pound basis you can't buy better. It's just a shame that BMW never had the foresight to put one of their excellent diesel engines into a Coupe or offer some scorching all-wheel drive variants. 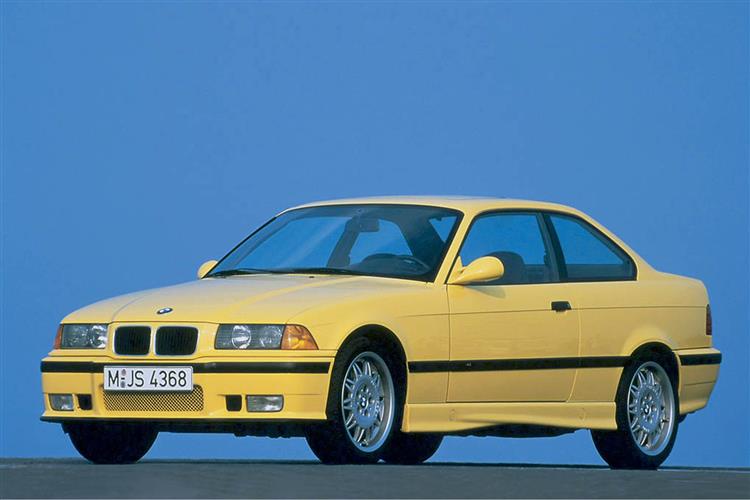