WE'LL HAVE LESS OF YOUR LARGEY BARGEY (some text hidden)

In the six-month period between January and June 2001, Mercedes managed to shift over 11,000 C-class models. BMW sold nearly 8,000 5 Series units whilst Vauxhall managed to find a home for nearly 6,000 creaky old Omegas. In the same time frame the Hyundai XG30 notched up 173 sales, knocking the Mazda Xedos 9 (1) the Rover 800 (2) and the Toyota Camry (62) into a cocked hat. As these figures illustrate, UK buyers have broken out the barge poles when it comes to the idea of a credible Korean executive car, due in no small part to crippling depreciation. Bad news for the 173 who signed on the dotted line, good news for you lucky used buyers for the XG30 is a surprisingly satisfying, if somewhat soft, executive cruisemobile.

The XG30 was a natural progression from the top-spec V6 Sonata, itself another used car bargain. The first XG30 models found their way into UK dealers in March 2000 and while the press decided that this was something of an intriguing novelty, British buyers largely ignored the car in favour of more established rivals. The asking price of £20,819 wasn't the problem, nor was the incredible amount of standard equipment or the South-East Asian dictator styling. The fact that the XG30 would retain only 25% of its new value after three years proved to be a significant dissuader, making contract hire on the Hyundai more expensive than an Audi A6 2.4. Now that the steepest part of the depreciation curve is over, does the Hyundai make more sense? The last new XG30 was sold in early 2003.

Pitching the XG as 'an executive car for family car money', Hyundai clearly meant business in a hard-fought sector of the market, but pickings are slim in the non-premium executive sector, the 'best-of-the-rest' class being largely divvied up between the Volvo V70 and the Vauxhall Omega. Hyundai is not new to making cars like this, even though they've not been imported into the UK before. The XG30's predecessors, sold mostly to chauffeur-driven Korean businessmen, were Hyundai Grandeur-badged Mitsubishis produced under licence to the Japanese firm (as were most Hyundai engines until the mid-1990s). Being new to the executive car sector, Hyundai has a job to do to convince drivers that the XG30 will be acceptable in the status-conscious company car park. It will certainly be distinctive, with styling that looks a little like a cross between a Rover 75 and a mid-90s Buick. There's been a recent trend back to chrome trim, as we've seen on the Rover, and the Hyundai stylists have used lots of it on the grille, door handles and wheels, along the rubbing strips and bumpers and even around the tail lights. It all looks quite classy, though. Inside, the big Hyundai gives nothing away to its rivals. Cabin room is comparable to the Vauxhall Omega and the leather upholstery and highly polished 'wood' add a touch of class. It looks as though the Korean designers modelled the centre console on a Volvo; the big-buttoned stereo and easily-fathomed air conditioner controls are very similar. Standard equipment is very generous, especially when you take the price tag into consideration. The Sony mini-disc player is a class first and a CD changer, engine immobiliser, climate control air conditioning, heated electrically-adjusted front seats with memory, automatic headlights, trip computer, remote central locking, power-adjusted, folding and heated door mirrors, power windows, an electric sunroof, cruise control, front fog lamps, 60/40 split folding rear seats and alloy wheels are all standard, along with a three-year unlimited mileage warranty. Build quality is well up to top Japanese and European standards with tight-fitting panels, shiny paint and a well-finished interior. There is a big emphasis on safety. 'De-powered' progressive-rate inflation driver, passenger and side airbags are standard, along with seat belt pre-tensioners, electronic traction control, anti-lock brakes with electronic brake force distribution and side impact beams. In addition, the windscreen and door pillars are injected with polyurethane foam for improved head and thorax protection while foam padding along the lower dashboard is said to reduce driver and front passenger knee injuries. 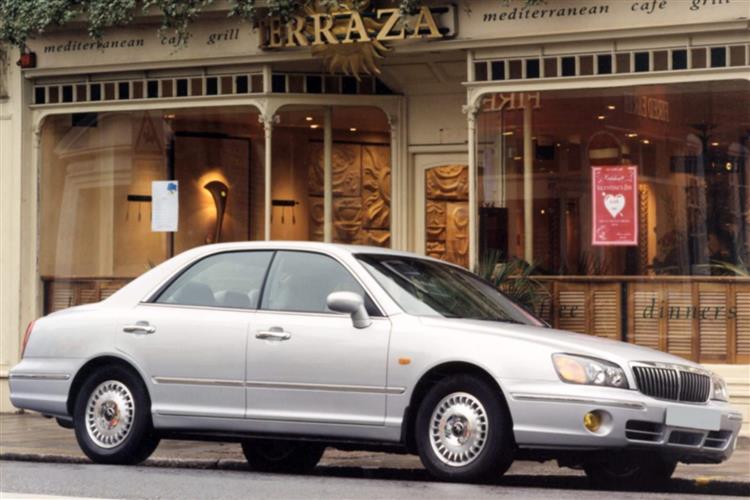