NO HOLES IN THIS POLO'S PORTFOLIO (some text hidden)

It seems an aeon ago now when the Polo was that likeable little lightweight propping up Volkswagen's product range. As time went by, it became bigger and better built, getting an extra dose of maturity when in mid-2005, Volkswagen facelifted the post-2001 generation model with thorough revisions inside and out. By this time, the German company had introduced the little Fox citycar and to preserve sales, the Polo now had to be seen as a little more up-market. Customers paying for a Volkswagen badge expect a lot and they weren't disappointed by this more mature Polo, a car that makes downsizing attractively viable. Used car buyers looking for a classy small car should look here first.

This generation Polo's underpinnings actually date back to 2001 when Volkswagen launched a Polo that shared its chassis with the Skoda Fabia. This was by far the biggest revolution in the development of the Polo to date and the running gear was so accomplished that even today the basic architecture is still one of the most advanced in any small car. In 2005, which is where we begin our interest, the Polo was extensively facelifted with a deep grille forming the point of a V-shape which then continued up through the bonnet to the base of the windscreen pillars. The reshaped headlights lost the cute look of the old Polo in favour of something wielding a little more gravitas, the circular headlamp cutting into the bumper to give a resolutely contemporary look. At the back, the glass design emulated the front-end's V-shaped theme, while the rear lights again reprised the design from the front, with large circular elements. Otherwise, apart from a few interior trim tweaks, Polo fanciers felt pretty much at home. The engine range was tweaked and a mock 4x4 'Dune' model was introduced in Spring 2006. The punchy 150bhp GTI model debuted about the same time, looking for all the world like a Golf GTI having undergone a hot wash cycle. 2007 saw the arrival of the economy-focused BlueMotion derivative and the Match trim level replaced the S a short time later.

An integral aspect of the Polo's appeal is the drive to downsize. That may sound odd given that the car's girth has noticeably swelled, but it now caters very well to drivers no longer interested in running something Mondeo-sized, without making them feel as if they've suddenly become a member of the underclass. Swap from a Passat to a Polo and you certainly won't feel as if your station in life has taken a dive; you'll just feel as though you've taken an informed decision to drive a smaller car. No more, no less. With 270 litres of boot space, the Polo, especially in five-door form, can realistically function as family transport, with rear legroom particularly generous. Park yourself behind the steering wheel and you'll witness a level of fit and finish that was once unseen on supermini class cars. It takes enormous corporate confidence to build something this tasteful and without resort to gimmickry to pull the punters in, but Volkswagen have pulled it off with aplomb. All models get power steering plus a tiltable and telescopic steering column, pretty much guaranteeing comfort behind the wheel. Plusher models get an adjustable height drivers seat. Invisible laser welding makes the roof, rear wing and sills look all of a piece and also contributes to Volkswagen's claim that the Polo has better structural rigidity than any car in its class, although as a rather outsized Supermini, one hesitates to identify exactly which class that is. The key themes behind the Polo are the worthy (but slightly dull) avenues of safety and environmental friendliness. Both are top notch, all Polos being fitted with anti lock brakes with electronic braking assistance, twin front and side airbags, ISOFIX child seat mountings and a passenger airbag that can be deactivated when a child seat is fitted. 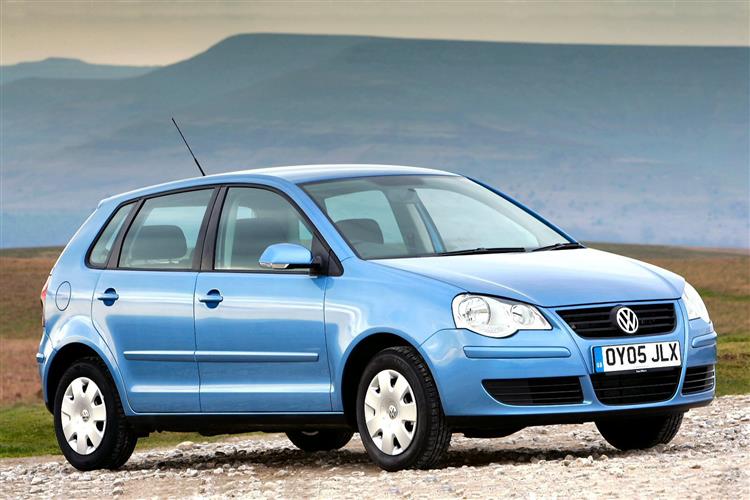