U AND NON-U (some text hidden)

2003 marked a watershed in the history of the MPV people carrier. Until that date, the market had been carved up first by the Renault Espace and, when the Espace had become a rather boutique product, the combined might of the Ford Galaxy, the Volkswagen Sharan and the SEAT Alhambra. This trio of cars (often dubbed the Sharalaxy or the Galshambra) dominated the sales charts until another trio of MPVs built around a common platform showed the way forward. Fiat's Ulysse was one constituent of this triple-pronged assault, the others being the Citroen C8 and the Peugeot 807. Of the three cars, the Ulysse probably got the smallest share of the action but it just might be the smartest of the lot when it comes to used buys.

Whilst the old Ulysse was an honest but unspectacular vehicle largely committed to dull utility, the second generation Ulysse offered all of the essentials and a big dose of style thrown in as well. Design flair was something we hadn't always been accustomed to when it came to people carriers and if the public were a little suspicious to begin with, sales soon picked up with a healthy order book reported by the tail end of 2003. Where the Ulysse suffered in the partnership was being the overlooked middle child. Citroen dealers managed to undercut the Fiat with aggressive promotion and insurance deals whereas the Peugeot was clearly positioned as the aspirational choice. The Fiat was 'The Other One' and suffered by comparison. Commissioned to graft a little of Fiat's corporate flavour onto the car, the designers didn't do a bad job and the Ulysse has a little more character than either of its stablemates. The award of a 5-star Euro NCAP rating and Fleet World's Best MPV award followed soon after its February 2003 launch. The Ulysse quietly slipped from the range in early 2006.

Fiat have probably done the best job of the three co-operating manufacturers in grafting their own visual identity onto their third of the deal. The Ulysse's styling, especially at the front end, is certainly distinctive, those twin deck headlamp units giving it a very individual look that buyers will either love or hate. The flanks are a little more generic, but the neatly styled rear is as good as anything Renault could come up with. Moreover, the interior is something to behold, with a dashboard that features a beautifully executed 'flying wing' that arcs across the top of the dashboard and houses the major instruments. Even the entry-level model gets an eight speaker CD stereo, automatic dual zone air conditioning with pollen filters, deadlocks, power steering and an immobiliser. There's also heated and electrically adjustable door mirrors, sliding side doors, and wheel-mounted controls for the stereo system. On top of the customary twin front airbags, the Ulysse gets side bags and curtain airbags for all three rows of seats. Anti lock brakes with electronic brakeforce distribution and brake assist are fitted on every model, whilst a stability control system is fitted to upspec models. An electric child safety lock is included, as are height adjustable head restraints, seatbelts with pretensioners and load limiters on the front and outer rear seats and Isofix child seat attachments on the rear seats. Every berth gets proper three-point inertia reel seat belts. The standard car seats seven and all three rows of seats are mounted on runners, which means that adjusting for optimal legroom is simplicity itself. There are the usual zillion and one different combinations as to how you can arrange the seats and the front seats even capable of swivelling to create a mobile boardroom or card school. The Ulysse certainly isn't short of shoulder room but others offer more total legroom. As with any MPV, the rear seats are removable, but they are very heavy and even a minor error in aligning the feet with the runners to re-engage them will cause the seats to jam, requiring a hefty shoulder to free them again. The sophisticated air conditioning helps combat the effect of all that glass, whilst multiplex wiring allows for such electronic niceties as light sensitive headlamps, automatic windscreen wipers and speed indexing of the stereo volume, as well as rear parking sensors, guide-me-home headlights. The party piece of the Ulysse has to be the electric sliding side doors (where fitted). These can be operated remotely with the key fob, making loading the car when approaching with an armful of shopping simplicity itself. 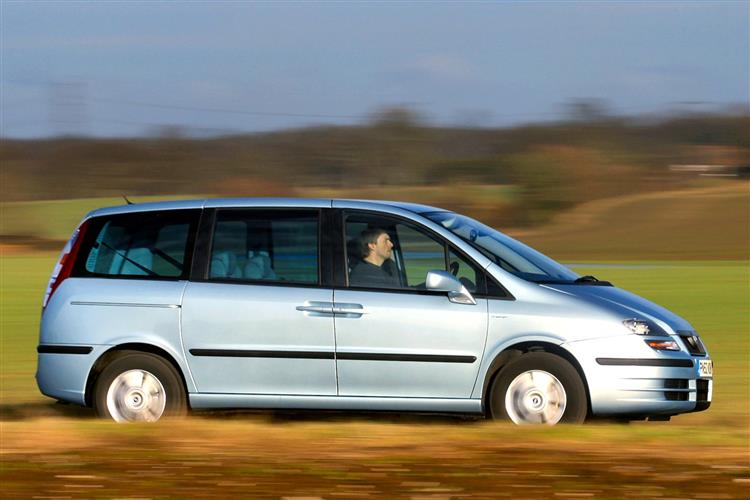