The Maverick was one Ford that British buyers never really took to their hearts. It was certainly late to the 4x4 party which started in the early Nineties. Perhaps they never forgave it for that. More likely, however, a lack of image was to blame. Not even the most optimistic of Ford dealers could pretend that this was any kind of Range Rover. The sensible ones concentrated on its more hidden virtues; a rugged build, surprisingly good off road ability and a proven reliability record. These attributes make it a good prospect as a secondhand buy. And despite the fact that relatively few were sold, prices are attractive on the used market.

The Maverick was introduced in June 1993 as a joint venture with Nissan. In fact, to be more accurate, Nissan did all the work and Ford put up the cash. The feel of the car was therefore, not surprisingly, very Japanese, it didn't help in this respect that most of the interior fittings came straight from a Nissan Primera. Right from the beginning, its identical twin, Nissan's Terrano II, outsold the Ford handsomely due to sharper pricing and a superior warranty. Both cars shared the same engines - either a 122bhp 2.4-litre petrol unit or a noisy and sluggish 100bhp 2.7-litre turbo diesel. There was the option of either three or five-door bodystyles and you could have either of two trim levels - base and GLX. Two years later, in May 1995, the car came in for its first round of cosmetic prettying (a chrome bar was added to the front grille). The base model was re-named the Aspen and received a canvas spare wheel cover, electric windows and powered/heated door mirrors. The GLX had new seat material, an engine immobiliser and a leather-covered steering wheel. A driver's airbag was added to both in October 1995. More significant improvements followed in June 1996 when the car was given a heavily chromed front end (supposed to engender 'an American look'). The 2.4-litre petrol engine was ecologically tweaked, while the 2.7TD got a welcome 25bhp power hike. The Maverick was gradually phased out of production during the first half of 1998 but there were a lot of cars in stock and you'll find a few on 99S plates.

A decent family workhorse. The interior is just like that of any family hatchback. The trim quality is well up to standard and everything falls to hand easily. All the major bits and pieces of equipment are in evidence. On a GLS for example, you'll find alloy wheels, central locking, a powered sunroof, fog lamps, headlamp washers, electric front windows and heated mirrors. Having said all that, there's little of the class you'd expect in an up-market family saloon. Hard plastic is everywhere. Still, it's practical. So is the reliability; Mavericks have a reputation for failing to break down - something many Vauxhall Frontera owners would kill for. 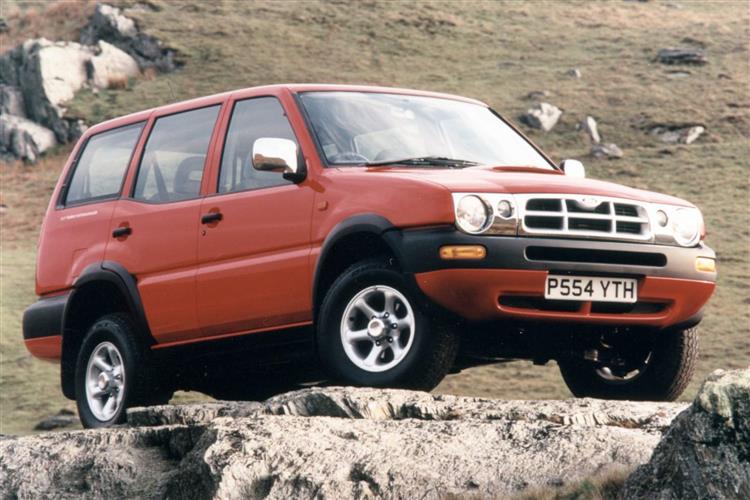