Although most associate the BMW 3 Series with compact saloons or sports coupes, the Touring estate versions could be described as the unsung heroes of the range. As with any 3 Series purchase, they're well built and will retain their value doggedly, but unlike your neighbour's 318i saloon, they have a little more exclusivity. The additional practicality of the estate body shape can't be overlooked either, although they're hardly cavernous in the back. As a used proposition, the E46 generation 3 Series Touring is a sound bet. There won't be too many screaming bargains about, but if you want a quality, practical product that rewards the enthusiast driver, there's little to touch a Touring.

The fourth generation BMW 3 Series, with more rounded styling and slightly bulbous nose, arrived in Britain in time for S-plates in September 1998 but it wasn't until nearly a year later that the Touring estate versions started to appear in showrooms. The first models to arrive were the 1.9-litre 318i and 320td diesel. The old-shape 328i Touring was sold alongside them. Later in 2000, the 330d Touring was added to the range as well as the gutsy 330i. replacing as it did a stop-gap 'new shape' 328i Touring that was on sale for just one year. For the 2001 model year, a 320i model was introduced with a 170bhp 2.2-litre engine and the 323i was replaced by the 192bhp 325i. In summer 2001 the touring models received a mild facelift and suspension and steering systems were improved. The 318i got a 2.0-litre 143bhp engine whilst the 320d also benefited from a power boost due to new common rail technology. At the same time, the 1.9-litre 316 was quietly dropped from the range. Spring 2002 saw the reintroduction of the 316i, this time round with a worthwhile 115bhp Valvetronic engine. A wider selection of value added ES and Sport versions were added in early 2003 and a stonking 204bhp version of the 3.0-litre diesel was announced. Early 2004 say the arrival of an entry-level diesel - the 318d.

The usual charge that a 3 Series looks sparse until it gets to SE trim level can't be levelled at the Touring. They're all SE, Sport or, latterly, value-packed ES variants. OK, so it's not the biggest estate around. All told, there's 435 litres of space - or 1345 litres with the rear seats folded, but the latest round of revisions have served to further distance itself from a chasing pack of 'lifestyle' load luggers. Not that it pays to get too practical in considering a car of this kind. You could hardly do so given that prices start at £21,880 for a car not much bigger than a Focus or Astra estate. But then this isn't an 'estate' is it? It's a Touring - which apparently makes all the difference. Touring buyers don't usually need an estate: they just like the idea of a saloon with a bit of extra versatility - or a hatchback with a backpack as some have seen it. Approach this 3 Series in such a frame of mind and you won't be disappointed. From the rear doors forward, it's much the same as the saloon model. Indeed, the shallow rear side windows and sloping rear tailgate make it arguably more stylish. You get virtually all the same engines too, for a 'lifestyle' premium that's 'only' £8-900 more than the four-door. Inside it's as well thought out as ever, if not the most capacious load lugger around. There are floor hooks (and two rubber restraining straps) to lash down your luggage and recessed sockets in the headlining to clasp a standard retaining net that stops loose objects from hurling themselves into the cabin should you stop suddenly. There are also hidden storage areas beneath the boot floor for particularly valuable items, plus the usual load space cover (with a beautifully-damped retracting action) to guard your possessions from prying eyes. If you've lighter loads to carry - or simply something like a sportsbag, it's not even necessary to open the much wider tailgate. Simply squeeze the rear wiper and the rear window glass springs open with a satisfying clunk. 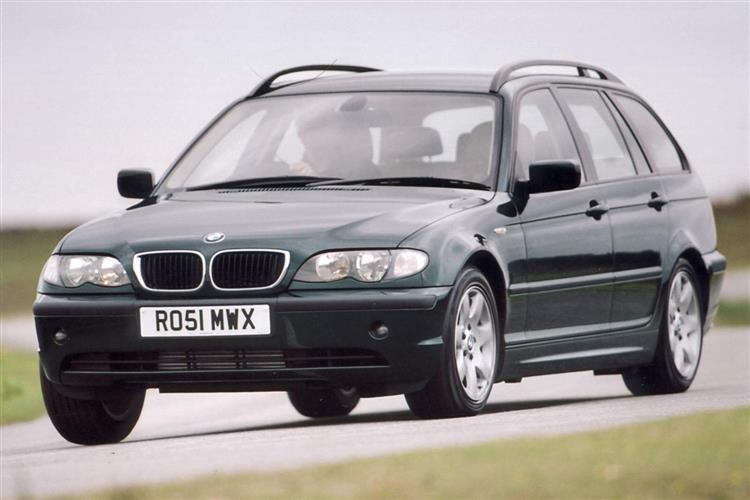