F1 FOR THE PEOPLE (some text hidden)

The Ferrari F355 carved out a little place in motoring history for itself. Widely renowned as the best volume model to roll out of the Maranello factory since the 308GTB, the F355 was a massive advance over its predecessor, the unloved 348. To this day, many mourn the passing of the F355 range, and there is no shortage of buyers who prefer its clean, understated looks to those of its successor, the 360 Modena. A used F355 is a far more reasonable proposition than many expect, but does the sticker price open up a bottomless money pit for those tempted by the allure of the Prancing Horse badge? Find out here.

Deliveries of the F355 began in September 1994, with two specific body styles available, the fixed head Berlinetta coupe and the Targa-roofed GTS. Both were an instant hit. The combination of clean, uncluttered styling and a massive boost in engine technology and power meant that the F355 was the 'it-car' for the remainder of the decade. In August 1995 Ferrari launched the F355 Spider, continuing the tradition of full convertible V8 models that the Mondial had championed so successfully. Summer 1997 saw the introduction of the F355 F1 models with Formula One style gearchange paddles replacing the traditional chrome gated gearshift. The F355 Berlinetta and GTS models were deleted in summer 1999, replaced by the 360 Modena. The F355 Spider soldiered on until early 2000 when it too was replaced by an open version of the Modena.

The Ferrari F355 marked a splendid return to form for the Maranello marque not witnessed since the 308GTB. Clean, cohesive styling that looked good from any given angle, a generous sprinkling of Formula One magic and a level of quality that was unprecedented all combined to make the F355 the most desirable Ferrari for years. Sit behind the wheel of the car and the level of quality is astonishing, especially when one considers the Fiat parts-bin interiors that characterised Ferraris of the eighties. Everything has been designed with a genuine appreciation of the look and feel Ferrari customers expect. The early cars were manufactured in an era when airbagged steering wheels and elegant design were mutually exclusive concepts, but that aside, the interior ambience hits the spot. The engine is what makes the F355 special. With five-valves per cylinder and 109bhp per litre of specific output, a record for a normally-aspirated car, the V8 engine is worth the price of admission on its own. There's the traditional high-pitched dentist's drill sound of the starter motor before the engine rumbles into life. At idle it sounds awful. Deeply, manifestly ordinary. Indeed, if you were to trundle around below 3000rpm, a Vauxhall Vectra GSi offers more stimulating aural pleasure. As the revs begin to rise however, the flat-plane crankshafts, valve gear, induction system and exhaust all combine to create first a purposeful growl which rises to a banshee shriek and then an F1-style scream as the needle touches 8000rpm. Wonderful. All models are equally sought after, but the Berlinetta is the best choice for the serious driver or the classic car collector. The GTS retains the elegant profile, but the Spider is slightly lumpen with the hood up. Another factor that serves as a demerit on the soft-top car is the power roof mechanism. Taller drivers will need to get out of the car before raising or lowering the roof. If they don't, they'll find that the power seat will slide forward to clear a path for the roof assembly and they'll be slowly squashed against the steering wheel in a cameo reminiscent of the garbage compactor scene from Star Wars. Not the effect you'll want to replicate outside a wine bar. 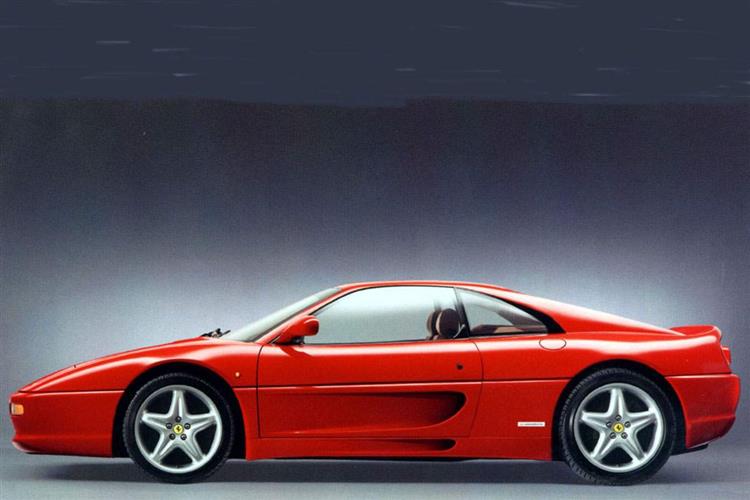