Word of mouth is a strange thing. Certain products can, with little or no promotion from their manufacturers, rapidly build into items of cult status. Credibility counts here, and in the case of the Nissan Pulsar GTi-R, this is a car with credibility oozing from every bulge, scoop and intake. Following in the footsteps of Nissan's Skyline GT-R, the Pulsar - or Sunny as UK cars were incongruously dubbed - GTi-R shared the Skyline's hardcore all-wheel drive and turbocharged ethos. In many ways it's the ultimate in function over form, and GTi-R owners tend to be a pragmatic bunch. No it's not pretty, nor does it wear a sexy badge, but that's all part of the appeal. Call it inverse snobbery if you will, but the Pulsar GTi-R is refreshingly unpretentious. BMWs and Audis that can show this little Nissan a clean pair of heels are few and far between. Used examples are relatively easy to come by if you look in the right places and most of them will be Pulsar models imported from Japan rather than the slightly less powerful Sunny GTi-R cars that were imported to this country between 1992 and 1994. Don't let that put you off. Do some research, buy from a reliable outlet and you should land a performance bargain.

Although we didn't get the Sunny GTi-R until late 1991, it had been on sale in Japan since 1990 and had rapidly built up an enthusiastic following. The Pulsar GTi-R boasted a 227bhp turbocharged charge-cooled version of an engine used in Primeras and latterly the 200SX. Dubbed the SR20DET engine by Nissan, this deployed its power through a five-speed gearbox and all-wheel drive to quite devastating effect. Born for rallying, the GTi-R also made a fantastic road car, a point not lost on Nissan's UK importers who campaigned for UK versions which began to arrive in 1992. Unfortunately the high pricing (£20,552) put many buyers off and only around 75 were ever sold. It wasn't until more affordable imports began arriving in the late nineties that the GTi-R really took off as an underground hit.

What You Getword count: 121

Think of the Pulsar as a regular Japanese shopping hatch with a trick up its sleeve and you won't be far wrong. And that's part of the appeal. It's easy to get into and out of, it can seat five, it has a decently sized boot and you can see out of the thing. Okay, so the scoops, the firm ride and the throbbing engine may give the game away, but when the time comes to acquaint throttle pedal with carpet, the Pulsar switches personality and turns into a monster. The interior is fairly ordinary with swathes of black plastic, but the bucket seats grip front passengers tenaciously and the increments on the speedometer remind you this is no ordinary hatch. 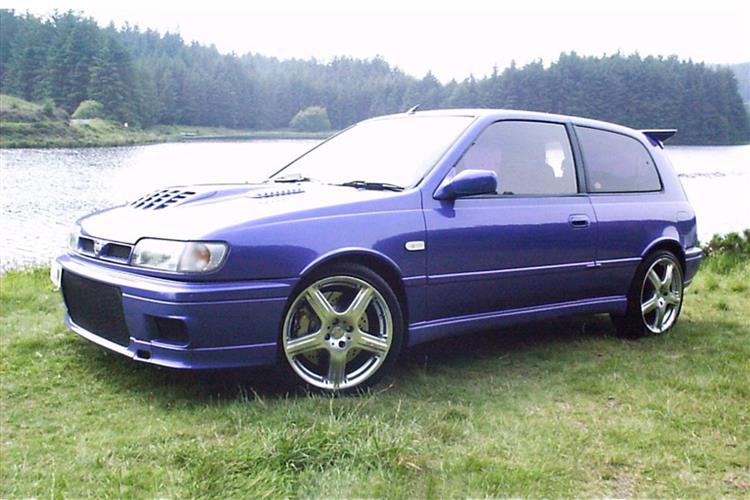