GO SOFT IN THE HEAD THIS SUMMER (some text hidden)

All too often buying a convertible on a budget means having to put up with ropey handling, pram-like dumpy looks and a hood with more perforations than a tea bag. The Vauxhall Astra Convertible represents an affordable way into soft top motoring without all the downsides. Although many will associate the Astra convertible with the rather unlovely first generation car, the second generation model, manufactured from 1993 through to 1999 is in many ways something of a forgotten gem.

The 2.0-litre Convertible was launched in June 1993 and a 1.6-litre engine option for this classy-looking drop-top followed the following April. A 1.8-litre engine replaced the 2.0-litre in August 1994 which spawned the Colour Edition and Classic Edition models. The final second generation Astra Convertibles were sold in 1999. After a hiatus of two years, Vauxhall responded with a superb new Astra Convertible with an electrically powered hood and a range of engines culminating in a storming 187bhp turbocharged unit.

What You Getword count: 82

If your budget won't run to a Peugeot 306 Convertible, you won't feel hard done by settling for an Astra Convertible. With a range of lively engines, a decent reliability record and a neat hood installation they do the job very well. Accommodation for four isn't bad, but wind protection for rear seat occupants isn't all it could be at higher speeds. The interior does look dated compared with contemporary models but the design is ergonomically sound and equipment levels are high. 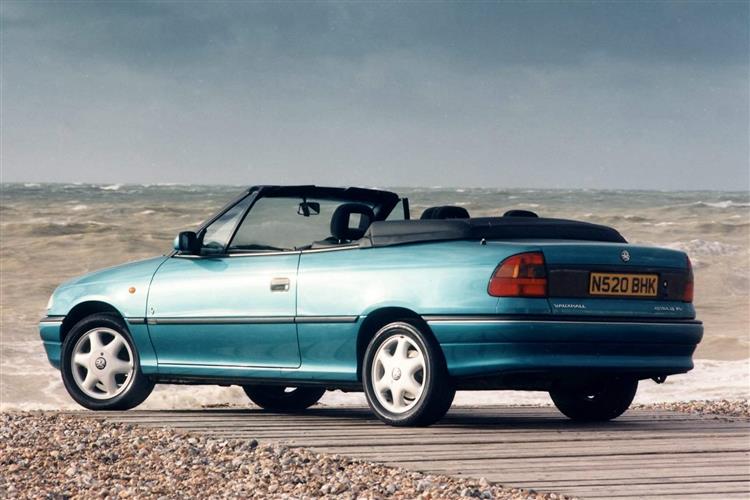