A PEOPLE CARRIER WITH PROMISE (some text hidden)

Once upon a time, large families bought an estate car - not any longer. These days, the thinking father or mother opts for one of the new breed of so-called 'People Carriers', otherwise known in industry-speak as 'MPVs'. If that doesn't ring any bells, the car that invented the concept will; Renault's Espace. Thanks to high-seated van-like designs, cars like this have the capacity to transport between six and eight adults in reasonable comfort, distancing them from estate models with a third row of seats designed only for children.

The Espace was launched in 1985, the original Multi Purpose Vehicle. It featured a mainly plastic body and 2.0-litre power. A Quadra four-wheel drive version (which sold slowly) was launched just before the slightly revised Phase II models were announced in 1988. These featured twin sunroofs. The second generation range with curvier styling and a 2.9-litre V6 flagship was announced in 1991 and a turbo diesel followed in 1993 - though it gained a nasty reputation for incinerating of its own accord. A 2.2-litre petrol version was also launched in 1995 with automatic transmission. The same year brought a strengthened bodyshell and driver's airbag (plus the option of a third sunroof) with the Phase II models that were visually almost identical. An all-new Espace was launched for the Summer of 1997.

To be honest, 'People Carriers' are really hybrids; part estate car, part mini-bus. However, to directly compare the Espace to either of these types of vehicle would be unfair for, in my experience, it's considerably more versatile than either. In the main, its flexibility is attributable to its movable seating. Espaces can be bought as either five or seven-seaters and each seat can be removed and/or repositioned. This allows a whole range of seating configurations beyond the obvious ones. For instance, with five seats in place, the two in front can be turned to face rearwards. Then two of the back chairs can be moved to the very rear of the passenger compartment with the remaining seat fixed centrally between the pairs and its backrest folded down onto the cushion to form a table. If you think that sounds complicated, then the range of permutations for an Espace fitted with seven seats is almost endless. Bear in mind that each individual chair is capable of sliding, reclining, folding flat into a table, sprawling out into a bed, being removed altogether and being able to face backwards and you've got the picture. If there's a drawback to all this design ingenuity (aside from the fact that you can't practically implement it on the move), it's that with all seven seats in place, there's little space for luggage, unless you buy a Grand Espace. Moreover, when only five seats are fitted, there's nowhere to hide your valuables from prying eyes. 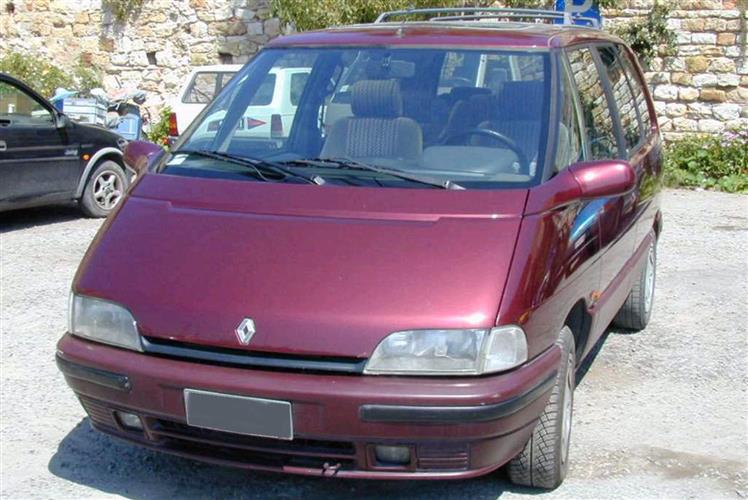