The van-based MPV sector has been one of the fastest growing market segments amongst UK car buyers. Popularised by cars like the Renault Kangoo and Citroen Berlingo Multispace, a whole host of manufacturers have since joined the fray. Some have been more successful than others. Peugeot adopted a wait-and-see approach to this market, and their Partner Combi is an intelligent offering. Based on the Partner van - and sharing many parts with the Berlingo range - the Partner Combi was inexpensive to bring to market whilst at the same time based on a proven winning formula. The result is that it has always had a low sticker price and no shortage of takers. A used Partner Combi maximises your savings still further.

Although its Citroen Berlingo Multispace sibling had been on sale for three years, it wasn't until June 2001 that Peugeot put its toe in the water with the Partner Combi. Learning lessons from Citroen, who inexplicably started out with a three-door model only, the Peugeot had five doors, and a pair of solid, no-nonsense engines. Buyers chose either a 1.4-litre petrol or a 1.9-litre diesel. In late 2001 a Quiksilver model was added to the range with no less than five fixed glass panels in the roof and bedecked with some dubious decals. Later the Escapade was introduced and by mid 2005, that was the only derivative left on sale. It was powered by the 2.0-litre HDi diesel engine. In the early part of 2006, the Partner Combi range was reduced down to one model - the 90bhp HDi diesel powered Escapade.

Based on the Partner van, the Combi's cuboid design liberates an awful lot of fresh air inside, helped by a flat floor and two twin sliding rear doors. Fold the rear seats down and you've got a great venue for kids birthday parties that will clean up easily and will prevent the usual chicken nugget in video recorder moment. Stowage areas under the floor allow for valuables to be kept out of sight when parked up - a perennial problem with such vehicle - and the sliding doors certainly come into their own in tight parking spaces when it's all too easy to clang the next car when loading shopping, children or other consumer durables. That space allows the Partner Combi to double up effectively as a rugged workhorse and part time MPV and vice versa. Power steering makes the Peugeot easy to manoeuvre at low speeds and kids can be firmly bolted into two Isofix mountings. If you've got three kids, you'll either have to lash in a baby seat or consider that tempting move into a shoe, although all five seats are all fitted with three-point seat belts. Despite the Combi's back to basics approach, safety and security are reasonably good. It would have been good to see anti-lock brakes and twin airbags as, in the event of a frontal collision, you'll get an airbag whilst the Partner gives your partner a handy air vent. Still, rigid side impact beams and pre-tensioning seat belts will protect the family whilst an engine immobiliser and remote control door locking will prevent your Partner from leaving you in the night. 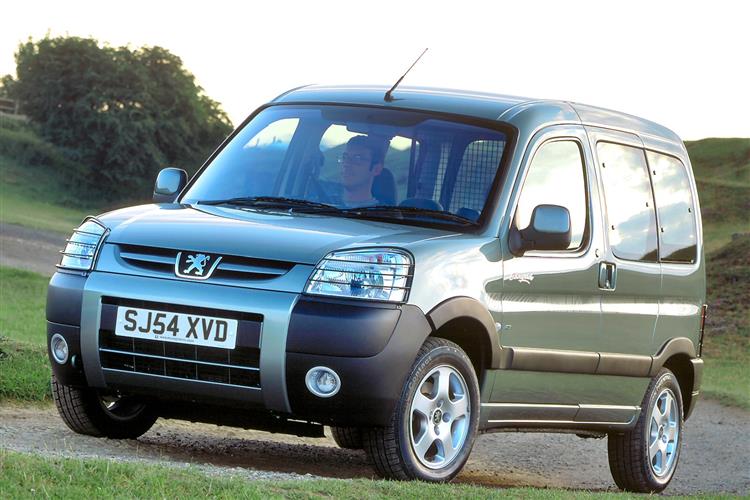