A TALL ORDER? (some text hidden)

Although a few eyebrows were initially raised when the Peugeot 307 was introduced, it hasn't taken the British public long to get with the program. It may not boast the driver appeal of its forebear, the 306, but the Peugeot 307 range is a hugely improved all-round product. As a used proposition it takes some beating. Why opt for yester-tech when a nearly-new 307 is still so hard to better?

Given that hindsight is 20/20 it's now possible to put the 307 into perspective. When the 306 replaced the 309 way back in 1993, we thought this was Peugeot taking a step into the big league as far as quality and mass appeal were concerned. The gap between 307 and 306 is far bigger than that between 306 and 309. Although the 307 waltzed away with the 2001 European Car of the Year award, many Peugeot die-hards were unconvinced by its frumpily upright stance and lack of a fire-breathing GTi version. Since the launch all but the most opinionated would admit that the one-box style shape of the 307 is the shape of the future, with rivals like the Fiat Stilo and the Honda Civic also adopting broadly similar profiles. Sales were steady but nothing to threaten the Ford Focus although they did help to contribute to a bumper profits year in 2001 for Peugeot. The 307 range received its first real change in summer 2002 when the 70bhp 1.4-litre HDi turbodiesel unit was announced as well as the 307 SW/estate version. The diesel powerplants were re-jigged in spring 2004 with the arrival of a 110bhp 1.6-litre 16-valve HDi and a 136bhp 2.0-litre 16-valve HDi. The 2.0-litre 8-valve HDi with 90bhp continued as a mid-range option but this was subsequently replaced by a 1.6-litre 90bhp unit. The 307 was facelifted in time for summer 2005. The gaping air-intake in the front bumper, huge headlamps and shortened bonnet with pronounced side ridges all mark these cars out. In addition, there were trim enhancements, a 2bhp power boost for the 138bhp petrol engine and a 180bhp petrol engine borrowed from the 206 GTi 180 to power the warm hatch FELINE derivative. The 308 arrived in September 2007 spelling the end for the 307.

What You Getword count: 458

The sleek lines of the 307 disguise the fact that it's the tallest car in the sector. Only the slightly awkward rear view betrays the Peugeot's loftiness, and this helps contribute to making the 307 one of the biggest cars in its class, specifically in terms of head and legroom. Another side effect of the high roof and cab forward design is the biggest windscreen of any family hatchback. It's a serious piece of glazing, a flush pane that soars higher than expected, giving the interior an airy feel. Peugeot have paid great attention to the way that cars are typically used. Step from a 307 into a ten year-old car and apart from the claustrophobic feel, the first thing you'll notice is that there's nowhere to put your take away, nowhere to store an atlas, not enough space in the glove compartment, nowhere to store anything out of sight of prying eyes and nowhere you could conceivably place a bottle. The 307 addresses all of these problems, ingeniously offering enough room in the cavernous front door bins to carry a 1.5-litre bottle and building in lessons learnt from years of MPV production such as sliding underseat storage trays. It even features an air-conditioned glove box to prevent your chocolate bars from becoming astronaut food and cargo nets in the hatch to stop luggage from looking like it's been on a spin cycle after spirited driving. Trim levels run from Style through Rapier, LX, GLX and warm hatch XSi, and a choice of seven interiors and five 'ambiences' together provide some 79 combinations of interior finish including colour coordinated dashboards. Multiply that by 14 exterior paint colours, five trim levels and six engines and the chances of finding two identical 307s becomes tiny. Henry Ford must be turning in his grave. Staving off any thoughts of your own mortality, the 307 is one of the first cars in its class to feature six airbags as standard. In addition to the familiar twin front and side bags, curtain airbags protect both front and rear passengers from flying glass and side impact in the event of an accident. Active head restraints, ABS with electronic brakeforce distribution, automatic hazard light deployment under heavy braking and fuel supply cut-offs combine to make the 307 an impressively safe environment for the family. Other thoughtful applications include a boot which automatically locks when you pull away, protecting the contents from opportunistic thieves while stopped in traffic, and door linings that are fitted with reinforced cowlings that shield the lock elements. For those that want additional versatility, there's a choice either of an estate variant in either standard or 'SW'-badged mini-MPV guises. Go for the SW and you'll have the potential for carrying seven passengers. 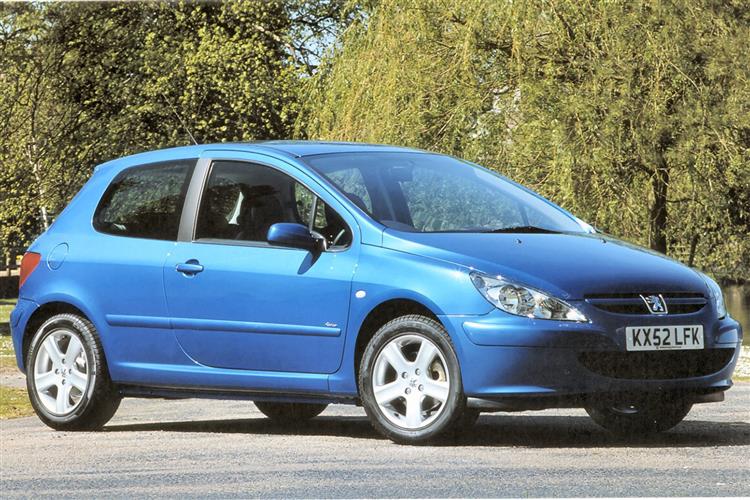