The Carlton lived most of its life in the shadow of its big brother, the Senator. Its greatest moment came when Lotus (owned by General Motors at the time) developed an ultra-high performance version, the Lotus Carlton, powered by a turbocharged 3.6-litre engine. These cars were quickly snapped up by collectors and very few genuine examples (there are clever fakes) ever come onto the used market. The Carlton range offered buyers a choice of four or six-cylinder power, as well as a borrowed-from-Peugeot diesel engine. The estates were terrific people and load carriers and are as popular now as they were when new. Indeed, the word is spreading about the Carlton's abilities for high-mileage, trouble-free motoring.

The Carlton was General Motors' replacement for Vauxhall's squarer-shape models of the same name. It arrived in the UK in second generation guise in November 1986 with a choice of several engines and trim levels. The base engine was a 1.8-litre four-cylinder. Above this were 2.0-litre petrol and 2.3-litre diesel four-cylinder units. A 3.0-litre six-cylinder engine arrived in March 1987 to create the GSi model. A twenty-four-valve version followed in October 1989, three months after the introduction of the 3.0-litre CDXi estate. A smaller 2.6-litre 'six' appeared in September 1990 and the turbocharged diesel replaced the normally aspirated unit in mid-1992. There were several changes and minor facelifts over the years the Carlton was on sale. Anti-lock brakes became standard on the 1.8 and 2.0-litre cars in October 1989 and estates received a radio aerial mounted at the rear of the roof. A new chrome grille appeared a year later, along with 'smoked' tail light lenses. The last change was the availability of a removable radio on all cars from October 1991 onwards. The Carlton was replaced (along with the larger Senator) by the all-new Omega in 1994.

A handsome, well-designed, roomy and good-performing family car - at a bargain price. There are still some Carltons out there as the cars were good sellers, though the high-performance 3000GSis are relatively rare and much sought after. Many people swear by the load-carrying abilities of the estates and they certainly make an interesting and affordable alternative to the more traditional Volvo. 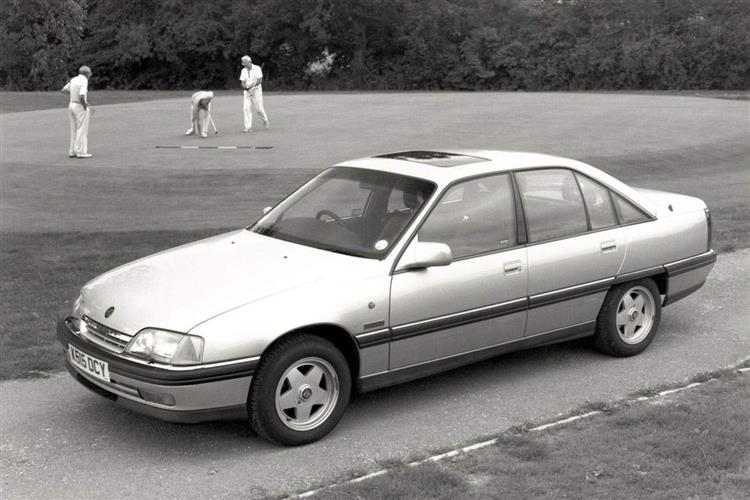