A SPORTING CHANCE (some text hidden)

The Calibra was the car that brought the affordable coupe back to the fore. Now it's plentifully available on the secondhand market - and based as it is on Cavalier mechanicals, you'd think it would make perfect sense. But does it?

Coupes are cars of fashion, bought by those who place looks above logic. Theirs is an emotional appeal, summed by the marketing slogan that Ford favoured for their Capri - 'the car you always promised yourself'. Vauxhall's Calibra is certainly the car that General Motors always promised itself. For years, the General's marketing men had searched for an excuse to build an image-maker for their saloons and hatchbacks, a car based on mundane mechanicals yet with fast and forward-thinking style. As ever, it was the Japanese who finally spurred them into action, capitalising on the decline of Ford's Capri and Opel's Manta to seize the coupe sector with exciting new designs from Honda, Nissan and Toyota. Token opposition came from the Germans with Audi's svelte coupes and Volkswagen's subsequent Golf-based Corrado, but neither did much to stem the Oriental tide. With the introduction of the Calibra, all that changed. In its time on the market, this coupe, more than any other, did the most to bring the concept within reach of the ordinary owner. The early range, launched in summer 1990, was made up of eight and 16-valve 2.0-litre variants. A four-wheel drive system was added to the 16-valve version but didn't last long in this form. In 1992, a potent 4x4 turbo model became the 150mph Calibra flagship and, in 1993, a 2.5-litre V6 model was added to the range. There were a number of special editions, the most notable of which were the SE series cars, based on the entry-level eight-valve but with extra equipment for not much more money. In 1996, the 4x4 flagship was phased out. The end of production in July 1997 was marked by a final special edition, the SE9.

What You Getword count: 74

The cynical would say "a Cavalier with a body kit". There's a little more to the Calibra than that, but it is true to say that all the mechanicals are from Vauxhall's time-served repmobile. That's no bad thing - the Cavalier had some storming engines in its life. This is also good news for the second-hand buyer. There can be few cheaper coupes to maintain than this one. Build quality was always good, too. 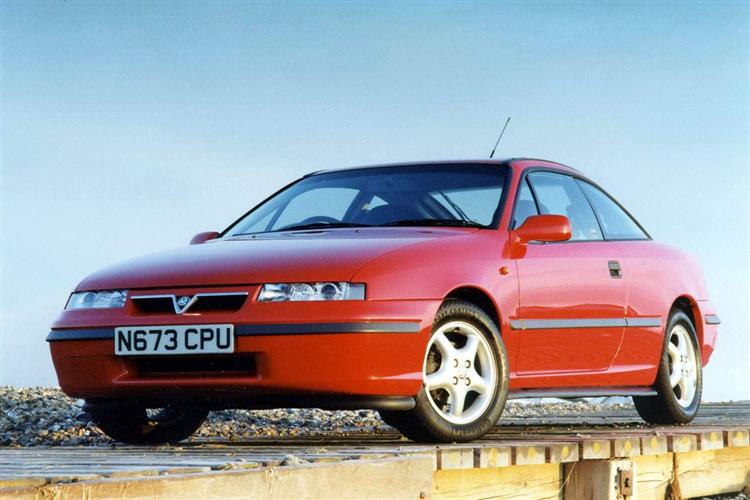