The first Supras started life a long time ago as six-cylinder versions of the Celica. The Supra then evolved through two very different generations featuring their own unique styling and it's the first of these lasting between 1986 and 1993 that we examine here. Resale values have never been particularly strong, though the Supra has always had a trouble-free name. For the used buyer, then, one of these cars offers lots of speed and luxury at an affordable price.

The 1986-shape cars arrived here in July of that year, replacing the Celica Supra. They had a fuel-injected 3.0-litre six-cylinder engine and were only ever available in one trim level. There were minor changes following this: November 1989 saw the introduction of a revised model, distinguishable by a new front spoiler; five-spoke alloy wheels while an RDS radio arrived in March 1991 and side-impact protection bars featured on cars imported after October. Meanwhile, the turbocharged Supra joined the standard car in January 1989 and it, too, received the spoiler and side-impact bars at the same times as the other car. The range was replaced by an all-new shape in August 1993.

What You Getword count: 37

A big, heavy and luxurious car that is better as a grand tourer than as an out and out sports car. Gadgets abound in every Supra and for what you'll pay, the value factor is very strong. 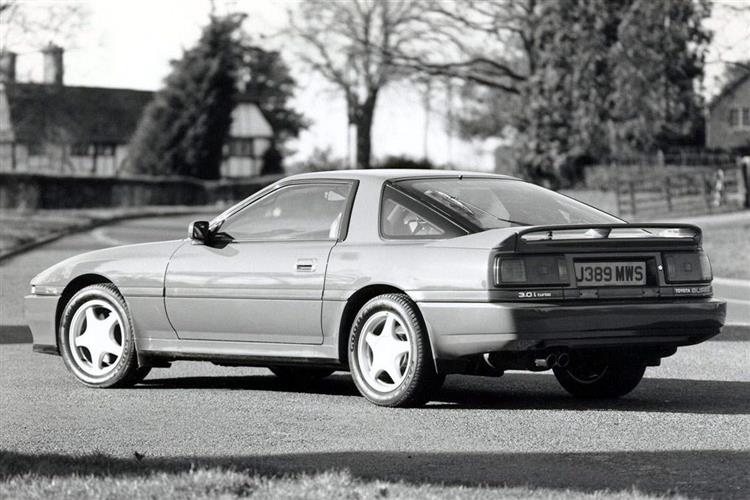