Stan Barrett was reputedly the first man to break the speed of sound in a car. His Budweiser Rocket went supersonic in 1979, but due to a timing anomaly the record was never officially registered. History has forsaken Stan Barrett and it has been similarly tough on the Toyota Picnic. The mini-MPV sector is one that sets car buffs nodding sagely. "How different things were before the Renault Scenic came and changed everything." Indeed, before Renault's beloved Scenic, MPVs were large, cumbersome and bulky. All except the Toyota Picnic. Whilst not as small as a Scenic or a Zafira, here was a mini-MPV before the term was coined, for sale in Britain while the Scenic was just a concept waiting to happen. In many ways the Picnic is Toyota's invisible car. Try to picture a Picnic and its amalgam of soft curves, edgy details and bulky silhouette are difficult to get a handle on. Beneath this visual anonymity, the Picnic is a well thought out concept. Ideas that other manufacturers are incorporating now are evident in the Picnic's interior. These factors serve to make a used Toyota Picnic a bargain way to enter a hot market sector.

It's pointless trying to quantify the huge steps forward made by the Picnic, as it had no direct predecessor. As a trailblazer for a new market sector, the Picnic got a lot right first time. Remember, in the early days of 1997, new Vauxhall Sintra variants were still being launched. The Picnic was billed by Toyota as an FFV, a Family Fun Vehicle, although this niche designation was never taken very seriously. The Picnic has outlasted many rivals, but unsurprisingly is no longer at the cutting edge of the class. Beating the Scenic to market was one thing, being able to match it in sales, quite another. The Picnic was never up to this task, and as newer and more ingenious rivals were unveiled, the Picnic became increasingly overlooked. This was a shame, as the Toyota's six-seat accommodation was superior to the five chairs offered in the Scenic, albeit in a slightly bigger body. There was no need to be packed like sandwiches into this Picnic, although rear access was hampered by a lack of sliding door. Where rivals really stole a march on the Picnic was in making accommodating the family vaguely trendy, blending in a lifestyle element, if you will. If this matters to you not a jot, the Picnic will appeal. Toyota finally sounded the death knell for the Picnic in summer 2001 when the Avensis Verso model replaced it.

What You Getword count: 183

The Picnic has not changed a great deal since launch, but represents an honest and practical workhorse. Other rivals have surpassed its packaging and appeal, but if imitation is the sincerest form of flattery, the Picnic can feel proud. Models such as Mitsubishi's Space Star or Kia's Carens have taken the basic body shape of the Picnic and offered their own interpretation of it. Trim levels are comprehensive, with a firm nod towards safety. The entry-level 2.0 GS features electrically heated and adjustable door mirrors, electric tinted windows, high level stop light, twin airbags, side impact beams and front seat belt pre-tensioners. It also boasts central locking, immobiliser, remote security system and a Sony radio cassette unit with optional steering wheel control. The GL, which in May 98 was redesignated the GLS, added a second row of armrests, security etched windows, drivers seat height adjustment, luggage hooks and CD compatible Sony stereo. A seven-seat configuration and dual sunroof were available as an options pack. Range-topping GX derivatives came with twin sunroofs, air conditioning and a high-end Sony radio cassette with steering column control. 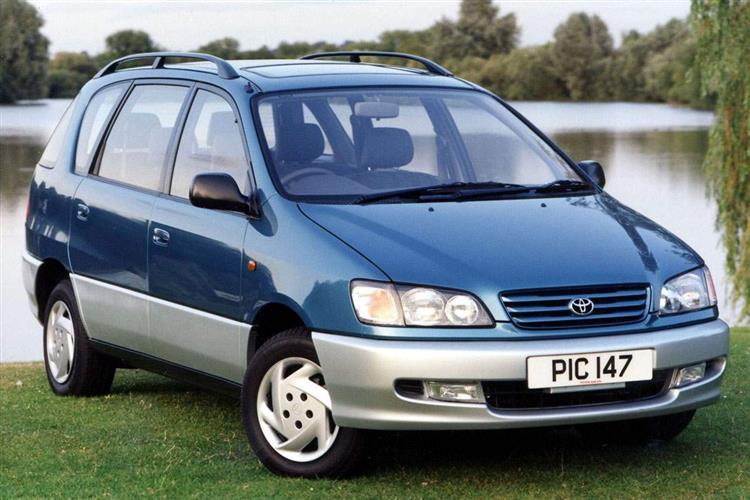