Even the most ardent Toyota fan wouldn't argue with the fact that the Paseo wasn't overly successful in the UK. In fact, sales were decimated by more diverting rivals such as the Renault Megane Coupe. For the used buyer this appeals in two ways. Firstly, residuals won't stand up as well, making this Toyota a relatively inexpensive used buy. Secondly, you will also gain some semblance of exclusivity. Think about it. When was the last time you saw one coming the other way? With all of the traditional benefits of the Toyota ownership package, maybe the Paseo deserves a second chance?

The Paseo was a model that had sold reasonably well in other markets, most notably the US. Loosely based on the Tercel saloon, its introduction to the UK coincided with a global restyle, so in effect we were getting a second-generation Paseo. In 1996, traditionally undemanding rivals such as the Honda Civic coupe and Nissan 100NX were being blown out of the sales charts by the Renault Megane Coupe, the Hyundai Coupe and the Vauxhall Tigra. In a sink or swim market, the Paseo rapidly adopted brick-like tendencies. Aimed at younger buyers, the Paseo never had the driver appeal of the Megane, the sexy styling of the Hyundai or the cuteness of the female-friendly Tigra. Two models were available at launch, both sharing the same 1.5-litre engine, developing an underwhelming 89bhp. The ST was the entry-level model, with the usual budget coupe accoutrements, and there was a slightly better equipped Si model. In 1997 a Galliano Limited Edition was sold between April and October, recognisable by its retina-searing yellow paintwork. The ST model was discontinued at the same time as the Galliano, leaving only the 1.5 Si to plough its lonely furrow until it too met the grim reaper in 1999.

What You Getword count: 122

The Paseo is a tidily styled, if somewhat bland little coupe. The overall effect is of a slightly sleeker and less butch Rover 200 coupe. Standard equipment was nothing special, and the interiors were the usual Toyota fare of uninspired plastics and trim materials. Electric front windows, removable glass sunroof, twin airbags and an alarm immobiliser were all standard equipment on the ST version. The Si version added a rear spoiler, alloy wheels and a Sony CD system. Showroom appeal was always a problem with the Paseo, especially with the Hyundai Coupe and Renault Megane Coupe ranges offering better targeted and marketed products. However, the Paseo shares one characteristic with both of these models - the styling has not aged very gracefully. 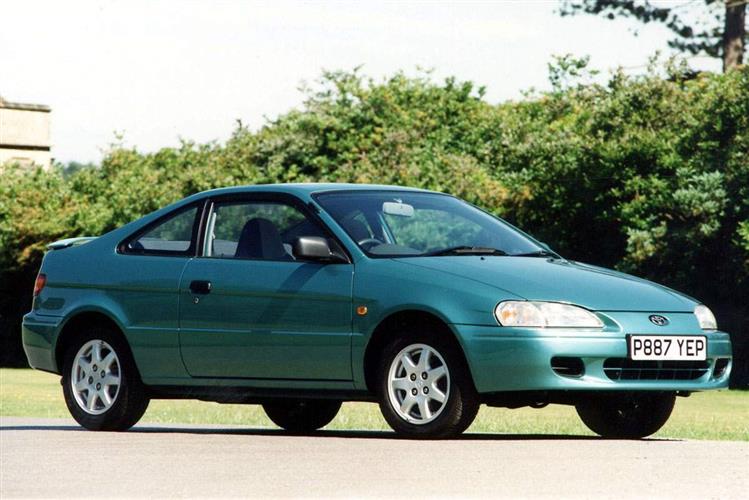