IMAGE ISN'T EVERYTHING (some text hidden)

The Celica has always been one of the most sensible ways of owning a sporty car. The styling is sleek, yet restrained. The mechanicals are reliable yet high-tech. The interior's snug, functional and loaded with convenience features, if a little plasticky. Some might call the Celica somewhat soulless, and, compared to an Italian thoroughbred, they'd have a point. Yet Toyota's sporty coupe has been attracting loyal buyers again and again over the years. When you consider the no-fuss nature of the car, combined with looks that are always striking, the Celica makes a lot of sense for those who want a sports car without the ownership hassles that many specialist models bring with them.

Toyota's fifth generation Celica threw away the wrap-around rear glass and much-admired lines of its mid-Eighties predecessor for something totally different. This fifth-generation car sported controversial lines, relying heavily on complex curves seemingly everywhere, for its new look. The heavily-styled wing mirrors and rounded rear, for example, can look decidedly odd from some angles. Buyers embraced the car, however, which came as either a 2.0-litre GT or the rally-inspired GT Four. This latter model featured four-wheel drive and a turbocharger and was the production version of Toyota's rally winning Celica. There were two very minor updates which included fog lights as standard on the turbo car in February 1991 and new badging for both models a year later, following the adoption of a new Toyota 'T' symbol, formed by two ellipses. The sixth generation models appeared in March 1994 and can be easily identified by their four large circular headlights. As before, there was a 2.0-litre GT and the turbo 4wd GT-Four. A pretty cabriolet joined the range sixth months later, featuring the non-turbo engine, while a new price-leading 1.8-litre ST coupe arrived in July 1995. The range has remained virtually unchanged ever since, save for the usual special editions (an SR version in 1999 - essentially a 1.8ST with a spoiler, air con and alloys). A new seventh generation Celica arrived in September 1999 with radical new styling and a 1.8-litre VVTi engine.

What You Getword count: 64

A three-door hatchback or two-door convertible that's strong on looks and ease of driving. Equipment tends to be generous and reliability is as faultless as Toyota owners have come to expect. Resale values also tend to be strong but the good news for private buyers is your car will likely hold its value well when you come to sell it to its next owner. 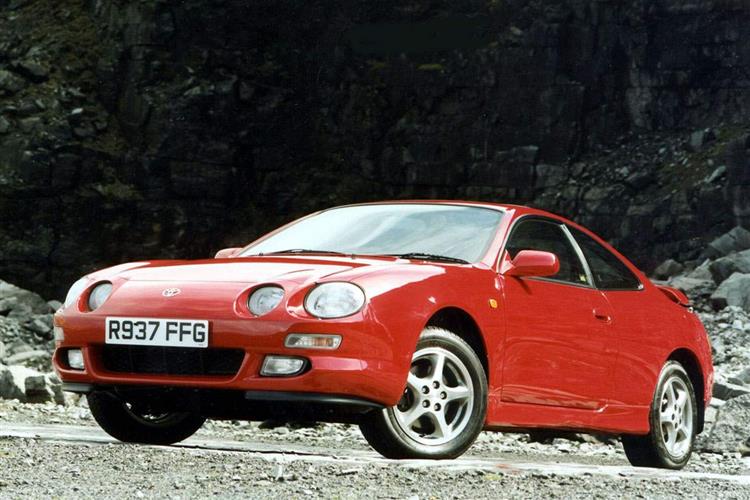