If budget is everything in your search for a family hatchback, then it's to Eastern Europe that you must turn. Which needn't necessarily be a bad thing thanks to Skoda. The Favorit was the Czech maker's first modern era model and became a value for money family hatch known to be economical both to run and to insure. Volkswagen purchased Skoda virtually lock, stock and barrel in the middle of the Favorit's life and the Wolfsburg influence immediately worked wonders. While the build quality of early examples is patchy, the later cars are underrated and superb second-hand value.

The Favorit was the last of the home-grown Skodas. The Bertone-designed shape was launched in 1989 as a single body style - five-door hatch - and featured a single 1289cc 54bhp engine. Forum, Forum Plus, 136 L, 136 LX and 136 LS trim levels were offered. An estate version was launched in June 1992. In 1993, fuel injected 67bhp versions (designated 'E' on the bootlid) were launched with LX, LX Plus and GLX trim. By this time, thanks to the VW take-over, the build quality of a Favorit wasn't, in theory, very much different to that of a Golf. The cabin featured VW switchgear as well as in-vogue features like catalytic converters with fuel injection and side-impact door protection bars on every model. In 1995, the Favorit was replaced with the mechanically similar Felicia range.

What You Getword count: 177

The best of the old school Eastern European cars - particularly as already said, in later guises. The five-door hatch is only a little smaller than an Escort and the estate makes good family sense, larger than many modern lifestyle estates like BMW's 3 Series Touring. Whichever variant you decide upon, you'll end up with a better equipped, more stylish car which will save you thousands on, say, the cheapest Ford Escort. At the price, about the only thing that you could conceivably dislike about it would be its Eastern European badge - and there are precious few of those to be found around the Bertone-sculpted bodywork. If your neighbours should discover that you've just invested your money in Eastern European engineering, then a guided tour around the fully carpeted boot, and comfortable interior with its rev counter, stereo system and internal headlamp adjuster might be called for. Inside the spacious cabin, the Favorit is very roomy, taller and wider than most of its competitors, allowing a six-foot passenger to sit behind a six-foot driver without discomfort. 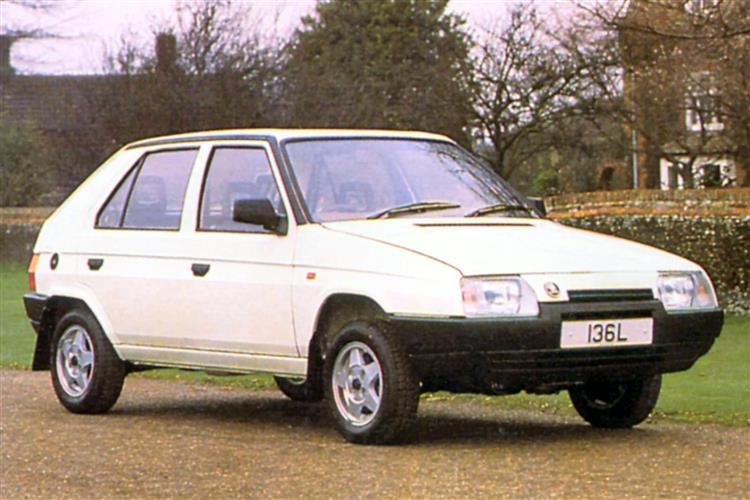