There are some who feel that performance cars today have become a little fey. They long for the days when a fast car had something about it, a hairy-chested vitality that let you know you were in for a wild ride. Some manufacturers have kept that spirit alive and made a tidy sideline in offering big-hearted performance cars. All too often, however, they're not really the sort of machines that can be recommended as a used purchase. Here's one that is. Vauxhall's Monaro wears its heart on its sleeve. It's a beefy coupe powered by a huge V8 engine with a proper rear wheel drive chassis and huge performance. You sit on the correct side and it won't throw a hissy fit if asked to start on a cold morning.

Prior to arriving the in the UK, the Monaro had been on sale for many years in Australia, badged as a Holden. It was only in April 2004 that the first 5.7-litre models were offered for sale under the official Vauxhall badge here in the UK. It was a toe in the water in many respects, as this was uncharted territory for Vauxhall. Yes, they had offered a 150mph+ coupe in the past in the form of the Calibra Turbo, but next to a Monaro, a Calibra looks flyweight. Big and brash, the 329bhp Monaro was an instant hit, chiefly among drivers who had owned vehicles like a Subaru Impreza WRX or a Mitsubishi Evo and wanted something a bit brawnier. Within three months, Vauxhall had sold their entire quota and demand was still strong. Fortunately, their newly formed VXR performance arm came to the rescue, offering a hopped-up version that won instant acclaim. With 382bhp at its disposal, this was a seriously rapid car and the fitment of more aggressive wheels, spoilers and interior trim also endeared it to the target market. Changes were soon to be made, however. In April 2005, the Monaro VXR got yet another shot in the arm, this time round by having its 5.7-litre engine enlarged to fully 6.0-litres. This upped power output to 403bhp while the 5.7-litre engine in the normal entry-level car got a few tweaks to lift its figure to 354bhp. Some mild styling and design changes were also visited upon the car. Given the strong demand, Vauxhall have never had access to quite as many Monaros as they would have liked and production ceased in February 2006 with the last stock reaching UK shores in September '06.

Subtle it's most certainly not. When Vauxhall's Monaro hoved into view, it appeared about as refined as a party with Sir Les Patterson. With a woofling V8 engine and a more attitude than an Aussie fast bowler, it looked a long way from home on the mean streets of Luton. Despite the fact that it's clearly not playing on home turf, the Monaro offers rough and ready charm by the bucketload at a surprisingly affordable price. The interior is a good deal more accomplished than you'd probably expect with a big kit list and some nicely finished detailing. The seats are huge and very comfortable and the steering wheel is similarly massive. Even the buttons on the fascia appear to have been supersized. There's a fair amount of room in the back and the boot is huge in early versions. Later models have a much smaller boot due to a relocation of the fuel tank. 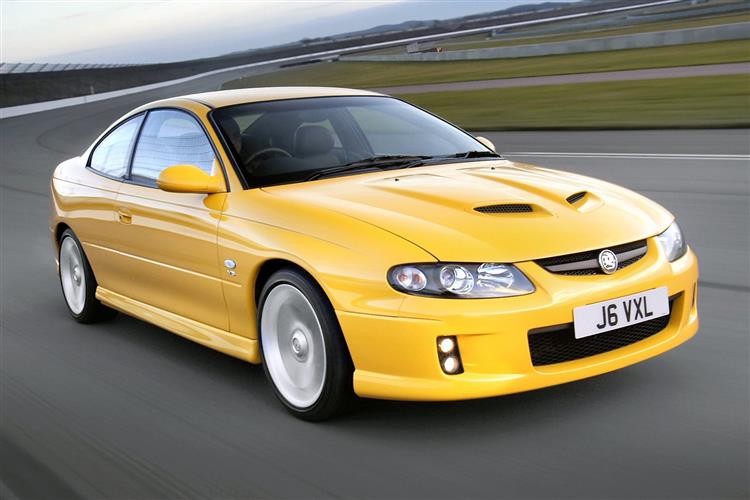