THE FAIRER SX (some text hidden)

Nissan has developed quite a reputation for sports coupes and the car that put it back on track was the 200SX. Coming after a generation of increasingly lardy Nissan coupes, the 200SX was a breath of fresh air. Boasting a punchy 171bhp engine, classic rear-wheel drive handling and some of the sweetest lines to have been penned in Ginza 6-chome, this coupe offered Porsche 944-bashing performance at a fraction of the price. That fraction is now even smaller given the car's popularity and the corrosive effects of depreciation, all of which makes the 200SX one of the best performance bargains around. Look carefully because there are more than a few nails around, but unearth a decent example and you'll wonder why the 200SX isn't more of a cult.

Given that the 200SX's immediate coupe predecessor was the spectacularly inept Sunny coupe, one of the biggest duds ever to hit these shores, the omens for the subsequent Nissan coupe were decidedly poor. The Silvia Turbo it replaced was reasonably quick, but had a fearsome appetite for it's own innards and was cheaply finished. The 200SX was an entirely different kettle of sushi. The first examples arrived in March 1989 and were priced at £16,996 for the manual or £17,837 for the automatic version. Given that a Porsche 944 with equivalent performance retailed at £25,991, the Nissan looked good value for money, especially as many comparably priced rivals such as Toyota Celica GT and Mitsubishi Starion were starting to look slightly dog-eared. In June 1991 an additional model joined the standard car but lasted just a year or so. Called Executive, it boasted a lot more standard equipment. If you're after a car with leather trim, air conditioning and a CD player, then seek out one of these models. In 1992, the 200SX gained a catalytic converter which knocked the sprint to 60mph back from 6.9 seconds to 7.4, although the difference is barely noticeable from the drivers seat. Towards the end of the 200SX's production run Nissan took to loading it with extras in order to boost showroom appeal in the run up to the car's replacement. The more soberly styled replacement never caught the public's imagination in the way its sleek predecessor did, but remains a fine and enormously fun sports coupe.

What You Getword count: 185

Strictly a 2+2, the 200SX is one of those cars that offer absolutely no rear legroom when the front seats are extended backwards. The rear seats are then only suitable for shopping, the rear seat belts ineffective in restraining a passenger reclining sideways. That's not to say the 200SX is an impractical car - far from it. With a hatchback, numerous oddments stowage and a split/fold rear seat, the car makes up in versatility what it lacks in rear seat accommodation. The standard fit sunroof often rattles when in the tilt position and you'll find the fascia creaks when cornering, but on the whole the Nissan is well built. Equipment levels are generous. Even the standard car came fitted with alloy wheels, metallic paint, central locking, electric windows, an adjustable steering column and ABS, and later models and the Executive special just add more. The option of an automatic gearbox was a major draw at a time when this was an uncommon option amongst sports coupes, but the manual gearbox is a far more satisfying option for those looking to exploit the 2-00SX's excellent handling. 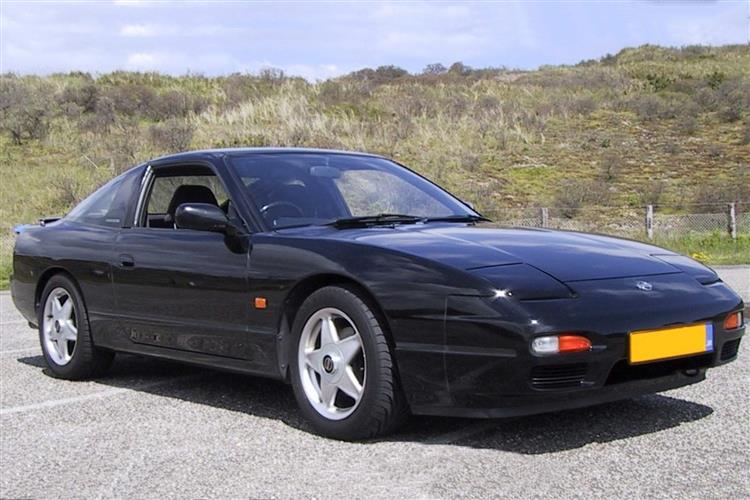