ACCENT ON AFFORDABILITY (some text hidden)

The Hyundai Accent was the car that finally brought the South Korean marque into the mainstream UK market. Certainly, its technology and equipment levels were basic. Nevertheless, they were adequate for the needs of buyers who placed a greater priority on low prices and exemplary reliability. As a cheap used secondhand car, the Accent makes a lot of sense.

The Accent saloon range was launched in October 1994, with five-door hatches and three-door 'Coupes' arriving in January 1995. Buyers had the choice of 1.3 and 1.5-litre petrol powerplants developing 83 and 87bhp respectively (though Coupes initially came in 1.3-litre form only). Little has been done to the car in its model life. A high-level brake light was added in October 1995 and in September 1996 a short-lived SE saloon appeared but lasted only a year. In January 1997, a 'warm hatch' 16-valve MVi Coupe model was added to the range with a 1.5-litre engine developing 98bhp. A freshen-up for the entire range followed that Spring, with all variants getting a restyled grille, new bumpers and revised rear light clusters. Various special editions (the 1.3-litre Alaska 3-door in March 1998 and two 1.3 E models plus a 1.5 Sport in October) and freshen-ups followed and the range was slightly revised in the Summer of 1999 with an entry-level Siena model slotting in below i, GSi and MVi variants. Around the same time, a limited edition 1.5 SE five-door appeared, too. An all-new Accent appeared early in 2000.

If you're wondering whether you can fit the family inside, then imagine something a little longer than an Escort or an Astra but marginally narrower. With no rear seat passengers, a six footer could sit back and stretch out both legs in comfort. Comfort and convenience are in fact the keynotes (or should we say the `Accents`) of this design. If you can operate a payphone, you'll have little trouble with the cabin controls. Indeed, the light gear change, clutch and steering will appeal particularly to older buyers. Indeed, Accent buyers have proved remarkable pleased with their purchases. A customer survey for Which? in September 2000 named the Accent as the UK's joint most reliable car, a distinction it shared with the Toyota RAV4. Hyundai also quote an extremely high level of customer satisfaction and loyalty. 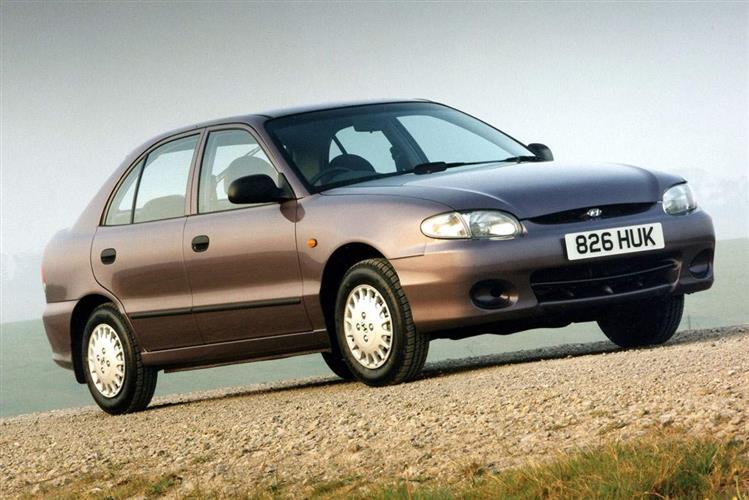