Thanks to `Papa and Nicole` on the television, Renault's Clio has become one of France's most successful supermini imports ever. And as sales continue to grow, the car's used market presence in both first and second-generation forms becomes even more significant.

The first generation Clio was launched to a fanfare of approval in 1991 in three and five-door hatchback form with 1.2 and 1.4-litre petrol engines, followed by 1.8-litre petrol and 1.9-litre diesel units. Trim specifications ranged from base RL with a radio cassette and not much else through RN (which had a sunroof) and on to RT with electric windows, power steering and remote central locking. An automatic option was also offered. For hot hatch fans, a 16-valve flagship was soon announced, while the even faster 2.0-litre 150bhp Clio Williams arrived in 1993; two more variants of this car were to follow. There was also a compromise 1.8-litre RSi `warm hatch` to please the insurance companies. What Renault called `a beauty makeover` was announced for the Phase II cars in 1994. This amounted to a revised grille, improved sound insulation and body side strips. There were also revised taillights and different body colours, while the interior had new upholstery. Finally, in 1996, the Phase III models arrived with a new nose, airbags and an all-new 1.2-litre engine. These lasted until the summer of 1998 when a completely new Clio arrived.

What You Getword count: 41

The best small Renault ever made; both in terms of build quality and design. It's good - but not great - to drive and cheap to run. In essence, this is the French learning a thing or two from the Germans. 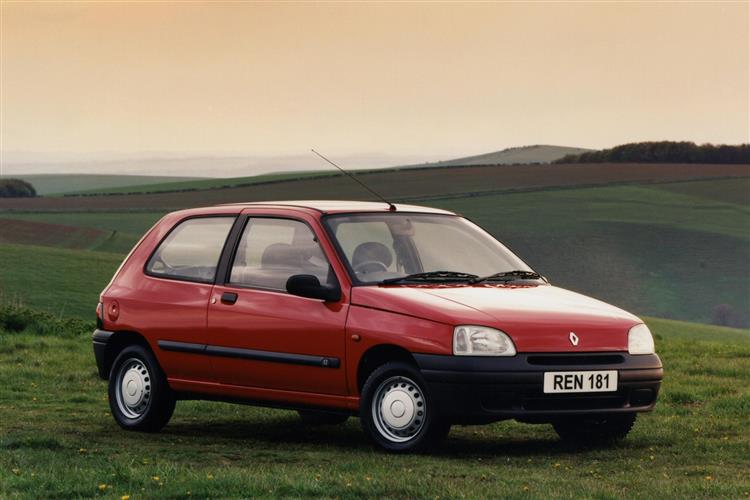