If you're looking for a second-hand Escort-sized family hatchback, then you're not short of choices. Keep value for money at the top of your priority list however, and the list narrows considerably to a handful of options that must include Renault's popular 19. The 19 isn't the most exciting of options, but it is easy to drive, has enough space inside for the kids and the shopping, comes with plenty of equipment and is usually priced to make next summer's trip to Majorca a more likely possibility. If these are your priorities, the 19 makes a great deal of sense.

The Renault 19 was launched in first generation `Phase I` form in February 1989 as a line-up of three and five-door hatchbacks. There was a choice of 1.4-litre 60bhp, 1.4-litre 80bhp `Energy` and a 92bhp 1.7 unit, plus a 1.9-litre diesel with 65bhp. Trim levels ranged from TR through TS, GTS, TSE and GTX to TXE. In December 1989, a `Chamade` saloon model joined the range (trimmed from TS upwards). In October 1990, TR and TS models were replaced with Prima derivatives and in January 1991, the 'Chamade' name was dropped for the saloon. In February 1991, the hot hatch 137bhp 16v 1.8-litre variant arrived (as a three-door hatch or saloon) but early models had problems with their front suspension. In June 1992, the 'Phase II' second generation 19 arrived, with a new corporate front grille and smoked tail lights. The 1.7-litre engine was replaced with a 1.8, there was a new 1.9-litre turbo-diesel and a cabriolet was added to the line-up in 1.8 and 1.8 16v forms. RL (plus slightly plusher Biarritz) and RT derivatives were the mainstream models. The 'Phase III' third generation 19 models were launched in September 1994, with saloons, entry-level three-doors and non-16v 1.8 models now dropped (though a 1.8 cabriolet remained). All cars now had side impact beams and power steering and plusher models had driver airbags. The 16v remained as a hatch only in plush Executive guise. In 1996, the all-new Renault Megane replaced the 19.

What You Getword count: 88

The 19 was the last Renault not to be built with right-hand drive a key consideration from the start. This is obvious when you get in a 19 after spending time in a more modern Renault like a Clio or a Laguna. Build quality isn't quite as good as the latest designs either, though little goes wrong. Still, the bodies are spacious and the engines sturdy if unremarkable (though the 1.8 16v models are predictably fleet and the turbo diesel a good all-rounder if you can find one). 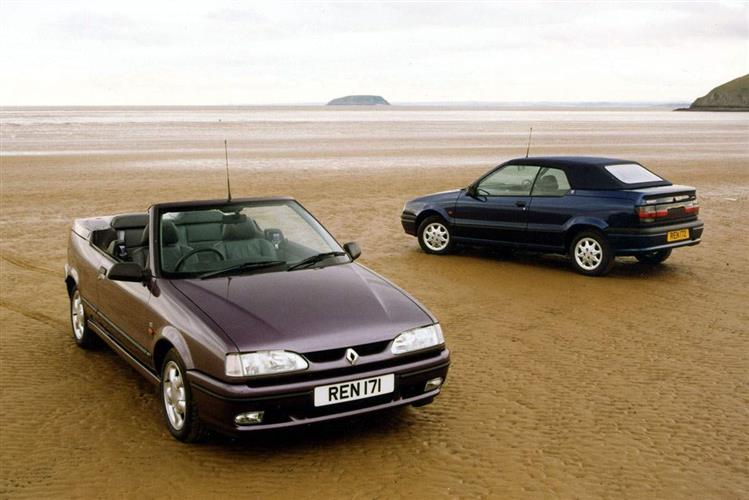