Want a powerful super-saloon for not much money? Ford's Sierra Cosworth springs to mind; the problem is, it will cost a fortune to buy and insure, the neighbours will dismiss you as a boy racer and the local Mafia will steal the thing inside a month. So what about an alternative? What about Renault's 21 Turbo? Yes, you read that right - a Renault 21. That rather frumpy-looking saloon sold here between 1986 and 1992. The Turbo version was frantically fast and later models - like the rival Sierra Cosworth - even had the option of four-wheel drive.

The 21 Turbo landed here in May 1988, badged 2L Turbo and offered only in saloon form with two-wheel drive. This was at a time when turbocharged cars were the thing to have; indeed, Renault was having great success with turbos in Formula One. Under the bonnet lay a 2.0-litre four-cylinder engine developing a storming 175bhp. Mid-range pulling power was phenomenal. Equipment levels were extremely generous; leather trim, electric windows and mirrors, a sunroof, alloy wheels, a body kit, power steering and ABS were all included. The only real problem for 21 Turbo owners lay in transmitting all 175 horses onto the tarmac. This was solved in July 1990 when the now-rare Quadra version was launched, directing 60 of the 175 horses to the rear wheels. By then, the car had benefited from the styling changes introduced with the second generation 'Phase II' 21 range. It then remained virtually untouched until its demise in 1992.

What You Getword count: 42

A family super saloon that can still mix it with the best of the current crop of GTi hatches - and come out top. It's fast (almost 150mph is possible), reasonably frugal (around 25mpg if you don't push it) but somewhat fragile. 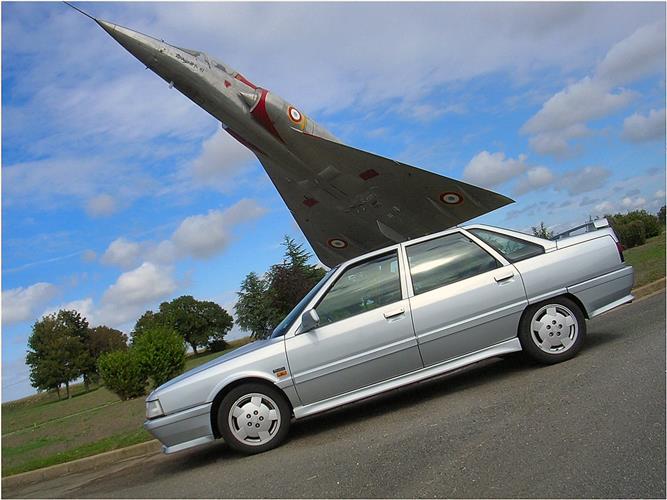