A big number for Peugeot but sadly not a big success. This was the car that replaced the long-dead and almost forgotten 604. The 605 shared the same 'platform' (what we once called the chassis) as the Citroen XM. They both hit exactly the same problems shortly after launch in 1990 - poor build quality that destroyed early resale values. Sales and resale-value wise, neither car ever recovered. Though the XM continues in production, the 605 has gone from dealers' price lists to be replaced by the all-new 607. Much had been expected of the then-new, big Peugeot. The company was on a roll after the huge successes of the 205, 405 and 309 models. Sadly, the 605 was not to enjoy a similarly warm embrace from European buyers. Second-hand they make great buys as the early problems were eventually sorted out. However, resale values on the new cars sold up to 1999 were an accountant's worst nightmare.

The 605 arrived to a cautious and curious reception in September 1990. Could this be a big French car that could hold its own with Mercedes and BMW, the motoring journalists wondered? Sadly not. The cars were launched prematurely by a penny-pinching management eager for cashflow. Problems were only minor, such as cheap electrical connectors that failed, leaving cars stranded in the executive car park awaiting the Peugeot dealer's tow truck. Many were subseqently traded in at the nearest BMW or Mercedes outlet; resale values went South quickly. Original buyers vowed 'never again'. The early cars had the same three engines that powered the 605 throughout its life. The 2.0-litre petrol engine gained a turbocharger in 1993 and, as a result, two additional models were created. These were the SRTi and SVTi and they're great buys because the standard four-cylinder engine is a bit lame for such a big and heavy car. The V6 cars were mostly automatics, though there was a rare manual only performance model called the SVE 24v. This was a very fast and sweet-handling car, though 200bhp through the front wheels could become a challenge in the wet. Yet, with that amazing magic carpet ride which only Peugeot's chassis wizards seemed able to create, you had a very special car. Shame it looked so unremarkable. Turbo diesels were also mostly manuals and all had the same 110bhp engine. Serviced properly, they last seemingly forever and give good economy, if that's your priority, though performance is none too special compared to rivals like the Audi A6. A driver's airbag became standard on V6 versions in 1993. By 1999, the range had been slimmed right down to diesel versions and it was quietly deleted from the line-up early that year. Equipment levels are high in all 605s, particularly the V6s. For what you pay, you're getting a lot of car.

A big luxury car without the German heritage or price tag. Peugeot themselves all but gave up advertising the 605 and a truck load of new V6s arriving at a dealer's must surely have sent salesmen scurrying to turn the lights out and lock the doors. A little exaggerated, perhaps, but you won't find many (if any 605s) on the forecourt of your local dealer. Scour the classifieds and you should turn up a few examples. Hopefully you'll locate top-spec cars which are definitely the ones that offer the most for not much money. 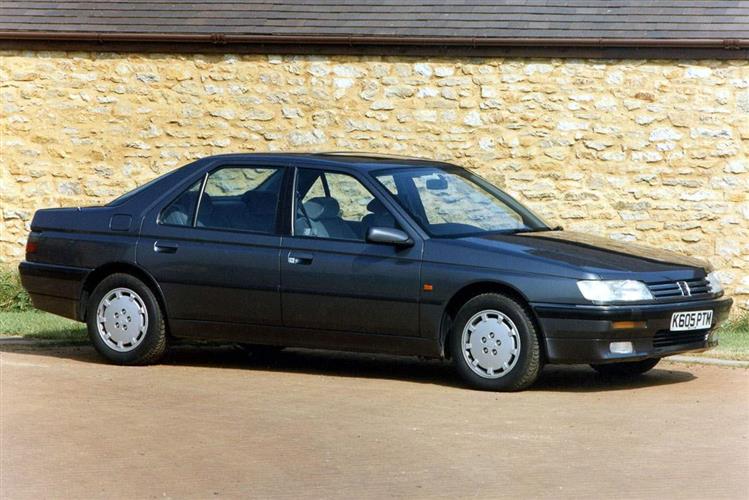