The Peugeot 306 was launched in 1993 and lasted until the 307 was introduced in 2001. Estate versions even ran on until Summer 2002. Until the Ford Focus arrived, it was the leading family hatchback for keen drivers and it remains satisfying for those who enjoy life at the steering wheel. Overall then, a fine used car - if you buy carefully.

The 306 was launched in April 1993 to replace the ageing 309 and represent Peugeot in the important family hatchback sector. Under the skin, the new car shared many parts with its PSA stablemate, Citroen's ZX. No bad thing; the ZX was recognised as one of the best cars in its class. Few would dispute, however, that Peugeot's offering was the better looking of the two. The early engine choice of 1.4, 1.6 and 1.8-litre petrol units was quickly widened to include both normally aspirated and turbocharged 1.9-litre diesels. In January and February 1994, three-door versions and 2.0-litre petrol-engined XSi and S16 16v sporty hot hatches arrived, boasting 123 and 155bhp respectively. A pretty cabriolet arrived in May and a neat four-door saloon, the Sedan, followed in October 1994. Soon after, the S16 was replaced by the even faster GTi-6. In April 1997, the range was facelifted, with a smart new nose, mild alterations at the rear and extra equipment. Power steering was standard on all versions and a 112bhp 1.8-litre 16v engine added to the line-up, replacing the eight-valver in all but automatic versions (which subsequently gained a new 16v 1.6). An estate followed in the autumn of 1997, offering mostly the same engines and trim levels as its three, four and five-door counterparts. ABS became standard on all models in Autumn 1998 and the last round of revisions (body-coloured bumpers across the range along with twin front airbags and anti-lock brakes) was announced in June 1999, around the time the last saloons were sold. At this point, a 90bhp HDi engine replaced the 1.9-litre turbo diesel. In 2001 Peugeot pared the available selection down to estates and cabriolets, the estates consisting of a much reduced range. These continued until Summer 2002.

What You Getword count: 77

A five-door family car, that's still amongst the medium range class leaders. It's better than nearly all the more recent designs to drive and build quality has improved a great deal in recent years. So has the quality of materials used. On all 306s, insurance costs tend to favour the customer more than you might expect; the cost of covering the car tends to be between 15 and 40% less than with any of its major rivals. 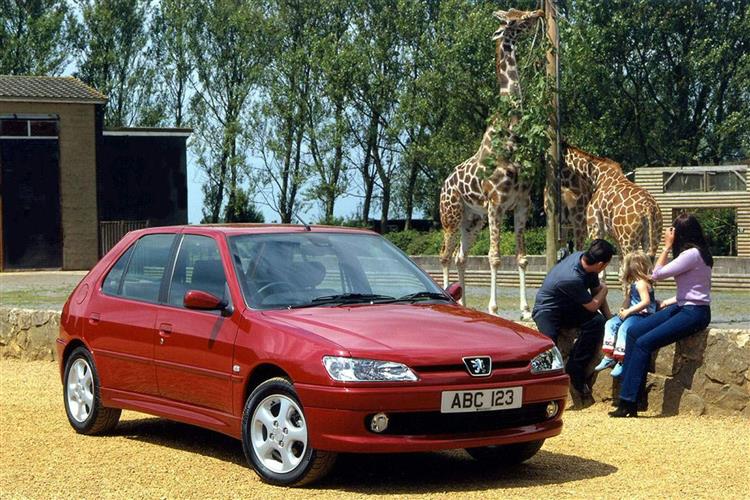