The 406 had a lot to live up to when it arrived here in February 1996 because its predecessor, the 405, had become one of Britain's favourite family cars. Peugeot's genius was in building on the high standards of driving dynamics that the 405 had set, yet at the same time making a car that was safer, more stylish, faster and better equipped - all at prices that challenged the other class leaders. The saloon, estate and Coupe versions of the 406 have been said to offer 'the drive of your life' by their maker. An overstatement perhaps, but they are great to drive. Indeed, both Ford and Vauxhall have been fortunate that Peugeot have chosen to ignore the big-selling five-door market, such is the superiority of the French car's driving characteristics. For the used buyer, the 406 makes a huge amount of sense. Its classy looks are matched by superb handling and a ride that's the envy of most other makers. Throw in roominess, build quality that's light years ahead of French cars of even a few years ago and a wide choice of models and the 406 makes a very convincing argument for itself.

The first saloons arrived in the showrooms in February 1996 with a wide choice of engines and trim levels. The 406 was a heavier and far more solid car than the 405 it replaced so Peugeot wisely decided to drop the relatively under-powered 1.6-litre engine from the line-up. The choice of petrol engines was either 1.8, 2.0-litre or 2.0-litre turbo until February 1997 when an all-new V6 unit arrived along with the eagerly awaited estate range. Though a 1.9-litre turbo diesel engine was included in the range from the start of production, a far better 2.1-litre unit appeared in June 1996 to complement it. The Coupe arrived with both 2.0-litre and 3.0-litre engines in June 1997. Waiting lists were the order of the day as the much-admired styling drew in the buyers. A new two-litre 110bhp HDi turbo diesel engine replaced the previous 1.9-litre unit in December 1998. Major styling revisions came in May 1999 with a new nose and tail lights, revised centre dashboard panel with new heater controls and radio plus the adoption of a new 2.0-litre petrol engine and a 90bhp HDi turbo diesel. The coupes got the new dashboard in August when an additional SE trim level was added for the two-litre version.

What You Getword count: 71

Equipment levels are generally higher than the opposition - twin airbags are standard on every model for instance. And there are nice little touches like a tyre-change kit with a pair of gloves to keep your hands free of grime. Standard features across the range include power steering, full three-point belts for rear passengers, electric front windows, height adjustable seats, an adjustable steering wheel and, on most later models, air conditioning. 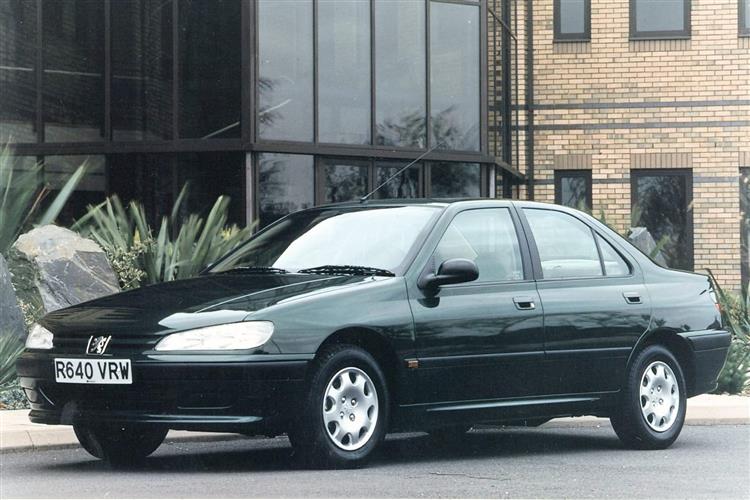