When the new model Range Rover was introduced in the Autumn of 1994, it had a hard act to follow - 25 years of the original Spen King-designed model. Hedging their bets, new owner BMW even kept the old one in production, badged as the Classic, for a year or so. This was a car that had real international appeal. It sold in markets as diverse as Japan and the USA, Canada and Australia - and demand usually exceeded supply. Well over 300,000 of the old Range Rovers had rolled off the production lines by the time the new model came along.

The new-shape model, introduced in 1994, was much more expensive than its acclaimed predecessor - but also much classier. Buyers chose between 4.0 or 4.6-litre petrol and 2.5-litre turbo diesel engines. For the 4.0 and 2.5 TD, there was base or SE trim, while the flagship 4.6 came only with plush HSE spec. The turbo diesel was the acclaimed BMW unit, slightly revised for off-road use. This range continued virtually unchanged, apart from the addition of a luxury 2.5DT HSE diesel, until 1999 when both petrol engines were revised for more low-down pulling power and four-wheel Electronic Traction Control was standardised throughout the range. In January 2000 the range was given a mild facelift. The new models were distinguished by clear indicator lenses front and rear while darker headlamp reflector surrounds give the nose a psuedo 'four headlight' look. There were also body-coloured bumpers and door mirrors, electrochromic mirror glass and extra chrome detailing. There were also front side airbags for the first time, plus subtle improvements to the interior, with cupholders, auto-dipping mirrors and extra touches of chrome and leather to improve the general ambience. Air conditioning and cruise control were already the highlights of SE trim: the 2000 models added a new design for the leather seats and alloy wheels, as well as walnut door cappings and leather covering for the gear-selector. Even plusher HSE grade trim, previously offered only with the potent 225bhp 4.6-litre V8 became available with the 2.5-litre turbo diesel. And, as if nothing but the best would do, there was a new £53,995 4.6-litre V8 Vogue flagship, featuring a colour-co-ordinated leather interior, an enhanced stereo system and 18-inch Hurricane alloy wheels. An all-new Range Rover was introduced early in 2002.

What You Getword count: 118

The world's finest 4x4. Only the latest Range Rover can match this car's all-round off-road abilities. What differentiates the Range Rover from its Japanese competitors? In a word, style (which the Orientals never had) and wheel articulation. Off the road, you could drive a Range Rover over obstacles that would leave Shoguns and Troopers bottoming out, wheels spinning hopelessly. Only the Jeep Grand Cherokee gets close and it lacks the Range Rover's class. Choose the Solihull product and, as everyone knows, you also get a car that can take you to the highest peak or through the deepest bog, then, via the car wash, to the ballet on the same day, parking without disgrace alongside Jaguars and Mercs. 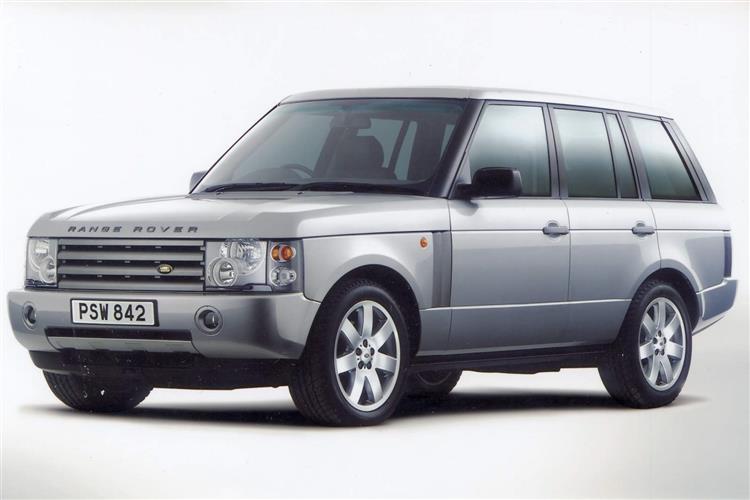