As an example of the excesses of the bygone 'hot hatch' age, Ford's Fiesta RS Turbo from the early Nineties is typical. The car only lasted a couple of years on the market and in that time, many were written off - most were thrashed. This was an affordable little Ford with Porsche-like punch. Those who could tame the peaky turbo and the wayward handling under acceleration loved them. And the same is true today.

Back in 1990, we were in the grip of the boy racer age. A 'hot hatch' was the thing for the up and coming to have - and the faster the better. Hence the creation in the Third Generation Fiesta of the RS Turbo. Theoretically, it was only available from specially appointed Ford RS dealers but in practice, you could pretty much buy it anywhere. Powered by a potent 1.6-litre four cylinder turbocharged engine developing 132bhp, it was blindingly quick - dangerously so in the wrong hands. The transmission was lifted from an Escort RS Turbo and the suspension was beefed up to match a sexy-looking set of RS alloy wheels and a bodykit. Inside, you had Recaro seats, a sunroof, electric windows and central locking. Only a three-door version was offered. The handling lacked the subtlety of the then class favourite, Peugeot's 205 GTi and, in February1992, the car was replaced by the normally-aspirated Fiesta RS1800.

What You Getword count: 14

A cheap but frantically fast runabout with Fiesta practicality and Ford ease of maintenance. 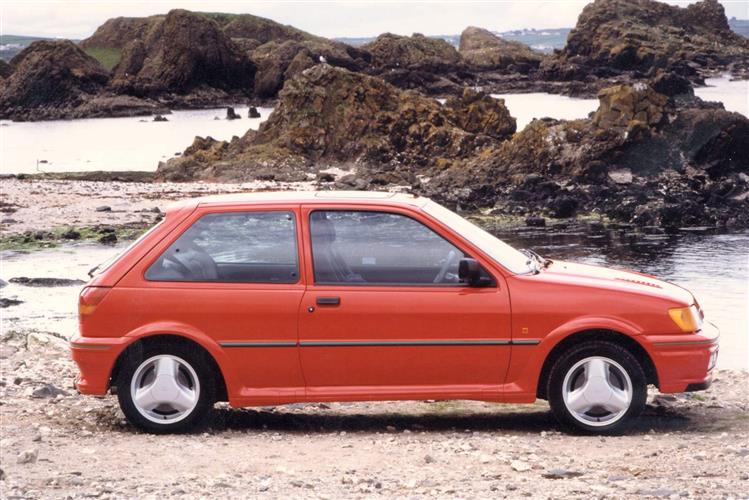