There's something wonderfully incorrect about a soft top Porsche 911. The first thing to remember is that this is a technically brilliant car. The other consideration you'll need to have tucked away is that 'real' Porsche drivers, those anoraks who know the engine code prefixes of a 1973 911T 2.4, may have a fit of apoplexy at the thought of a fabric-roofed 911. Let them huff and bluster. If you're looking for the best open topped sports car that sensible money will buy, look no further. The 996 generation of the Porsche 911 Cabriolet was produced between 1998 and 2005 and there are a few bargains to be had right now.

Without wishing to get all Porschephile, it's worth understanding what a 996 generation 911 is. Basically Porsche uses all sorts of internal code numbers to designate which model they're talking about. Given that to the untrained eye many Porsche models look alike, having just a handful of these numbers stored away is a good thing. The 996 series car followed the air-cooled 993 and was succeeded by the 997 in 2005. Don't ask what happened to the 994 and 995. German logic only extends so far. The first 996 series cars arrived on our shores in October 1997 but only in hard top Coupe form. Those wishing to get their barnets exposed to the elements had to twiddle their thumbs for another year for the Cabriolet versions to be launched, as well as Carrera 4 all-wheel drive variants. Both manual and the Tiptronic S automatic gearbox were offered. 2001 saw a revision of the 911 Carrera 2 and 4 ranges, with turbo-look headlamps, revised steering and suspension, some interior upgrades, but most importantly of all, a 3.6-litre engine which developed 320bhp. The cabrio version's hood was amended and it also gained a glass rear window. The Targa version was also revived, but this time around it was a beauty with an electrically sliding glass roof and an opening rear window. A Carrera 4S model with broad turbo style wide arches debuted in summer 2003, and was soon joined by the real deal - the storming Turbo Cabriolet.

Let's talk about tops. The roof opening system on the 911 Cabriolet is a neat one, occupying 20 seconds up or down - or with wind resistance, about 6 seconds longer. 'Wind resistance'? You need to know that the roof will open or close at speeds of up to 31mph, a really nice touch. As you'd expect for the money, Porsche have thrown the options list at this car, reasoning that most owners will specify most things anyway. So it is that you get leather upholstery, metallic paint, a great BOSE sound system, heat insulating glass, satellite navigation, anti- dazzle mirrors, electric memory seats and of course automatic air conditioning, a trip computer, rain-sensing wipers and an alarm system with interior surveillance. For the lazy or urban-bound, the semi-automatic Tiptronic S gearbox is an option, complete with steering wheel buttons. As with all Cabriolet models, a wind deflector and hard top are fitted as standard. The roof of the Targa version extends over no less than 1.5 square metres of pure glass, much more than in any other 911 to date. To achieve the desired result, Porsche says it has not neglected the strict aerodynamic standards it applies to all its models, hence an unchanged drag coefficient of 0.30. The open-air impression you get inside the Targa, with light coming in from all around, was one of Porsche's primary objectives in developing this car. The glass roof stretches out above the occupants, creating an almost unique feeling of brightness inside the passenger compartment. Opening it up (which takes a mere 8 seconds) provides a large opening measuring no less than 0.45 square metres. Operation of the roof is either by a toggle switch on the centre console or by remote control from the key of the car. The designers claim to have given particular attention to the flow of air in the interior with the roof open. In a long series of elaborate tests, the wind deflector integrated in the roof module was optimised to completely eliminate the unpleasant pulse effect of the air flowing into the car. At the same time, the noise of the air rushing by was reduced to an extremely low level. It works too. On a three hour test route incorporating very high speed motorways as well as rapid progress on other routes, it was possible to keep the roof open all the time without any unpleasantness: core objective achieved. To prevent the interior of the car from turning into a greenhouse, all the roof glass is heavily smoked and there's an electric sunblind which can be moved to any position you want by means of a toggle switch, regardless of the current position of the roof. 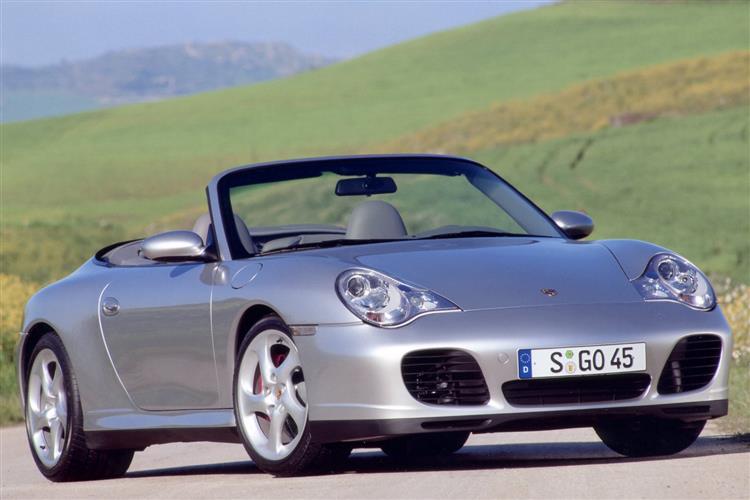