When the Mark 4 Astra range was launched in February 1998, it was heralded as a sure sign that Vauxhall was turning things around, developing cars that would appeal to real people with real money in their pockets rather than a legion of browbeaten photocopier salesmen. Few realised quite what Vauxhall were up to. The Astra Coupe offered sleek good looks and a decent chassis beneath it for reasonable money and, most importantly, it wasn't answered in kind by Ford. Although not a runaway sales success like the Calibra, the Astra Coupe is held in high esteem by anybody who's spent time behind the wheel. It's mainstream but it works. Now is the perfect time to start picking up reasonably priced used examples.

Summer 2000 saw the launch of the stylish Astra Coupe. With a roofline vaguely reminiscent of the much-loved Calibra coupe, this two-door Astra, with styling by Bertone, has exploited a niche uninhabited by the Focus. Three models were available from launch, the 123bhp 1.8-litre Coupe Edition, the 144bhp 2.2-litre Bertone Edition and the storming 190bhp Turbo model. June 2001 saw the introduction of the 1.8-litre SE1 edition. The 1.8 SE2 succeeded it in October 2001, joined by the SE1 and SE2 versions of the 2.2-litre car. A limited edition 888 model was also launched in October 2001 to coincide with Vauxhall's overwhelming success in that season's touring car championship. The Astra Coupe was discontinued to make way for the MkVI Astra Sport Hatch which went on sale in early 2005.

What You Getword count: 506

The prices - like the shape - make it difficult to pigeonhole this Vauxhall into either of the traditional coupe categories. It's obviously bigger than compact models like Ford's Puma but at first glance, not quite as large (or as pricey) as bigger coupes like Toyota's Celica. Still, you could say the same about cars like the similarly-sized Hyundai Coupe. These tend to straddle the sectors, with appeal dependent on the size of engine fitted. So it will be here. In terms of interior space, this Astra has most of the credentials necessary to stake a claim amongst supposedly larger rivals. The tape measure may tell you it's smaller than a Celica - but you wouldn't know that inside. Quite the contrary in fact. Those swooping lines may look a little bland but they're also very practical, offering enough room to make this a true four-seater - an unusual coupe attribute. A huge 460-litre boot and split-folding rear seats add to the versatility. But then you don't normally buy a coupe for its practicality. Or economy (the 2.2-litre Astra Coupe averages nearly 35mpg). Or class-leading safety (twin front airbags and a maximum 5-star rating from the Euro-NCAP impact-testing people). You buy a coupe like this because it makes you feel good. So have Vauxhall got it wrong? You'll need to spend time with this car to find out. For a start, those initially anonymous looks grow on you, particularly if you choose your colour carefully. Partly, this is thanks to the way the whole car sits 30mm lower on the road than the ordinary hatch or saloon. So far, so good but when it comes to interior ambience, you might be expecting a disappointment. This car's predecessor, Vauxhall's Calibra, might have looked good from the outside but the inside was pure boring Cavalier. Is this an improvement? Well yes and no. Since unlike most rivals with their bespoke-designed cabins, this Coupe must make do with ordinary Astra switchgear and the usual dull choice of GM plastics, it's easy to find fault. Having said that, the design team have made more of an effort this time round, reworking the instrument binnacle with smart, white-faced dials surrounded by aluminium rims. Elsewhere, there are beige or neutral-coloured finishes, a leather steering wheel and an upgraded centre console with either gunmetal or bronze-coloured inserts. Match these improvements with optional Alcantara (suede) or leather upholstery and it's easy to forget the car's humble origins. Standard equipment includes alloy wheels, air conditioning, electric front windows and mirrors, a CD player, front foglamps, power steering, central locking, tinted glass and sports seats. To this tally, the 2.2-litre Bertone Edition adds cruise control and an alarm, while the Turbo also includes metallic paint and a trip computer. All models include nice little touches - like a passenger-side airbag that deactivates itself when the front seat is unoccupied. One that was irritatingly missed was a memory function for the front seats to return them to their original position once tilted forward to admit rear passengers. 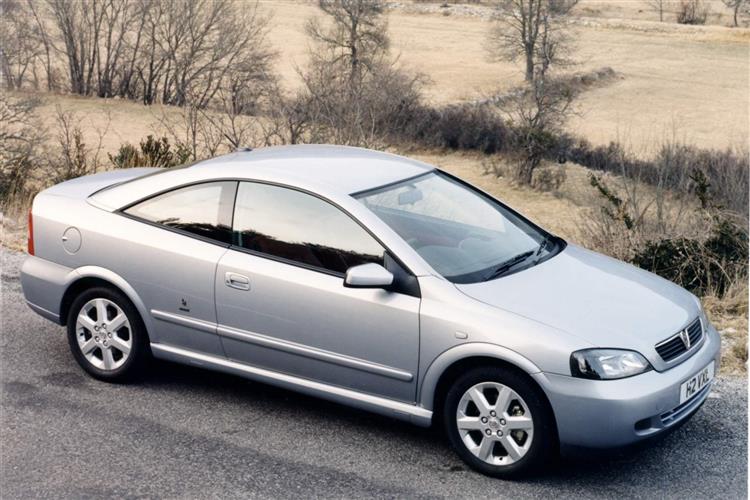