Although it has established itself as a recurring fixture at the top of the UK sales charts, the Ford Focus has never rested on its laurels. The 2002 restyle was subtle but looked set to last the car through to its eventual replacement at the start of 2005. Even though there are fresher shapes around, the driving dynamics of the Focus have yet to be matched. With many new models increasingly opting for fuel efficient systems such as electric power steering, the purity and feel of the effervescent Focus may well represent a high water mark in driver enjoyment in this class for some time yet. Naturally there's a huge choice of models to choose from and to tell the truth, there's barely a duffer amongst them.

Although the Ford Focus had been with us since October 1998, it took a while before customers got accustomed to that shape, as radical as the Escort was conservative. Once established at the top of the sales charts, however, the Focus took quite some shifting. The addition of common rail diesel variants and a sporting ST170 version added to the car's appeal and a facelift for the model arrived in 2002 which looked to breathe a little fresh life into the car. The 2002 Focus model tidied up a few minor details, adding subtle front bumper rubbing strips much in the style of later Mercedes A-class models. The narrow black strips below the headlights afford some protection in a multi storey car park, but they were chiefly there to add a touch of gravitas to the front end. The nose of the Focus also benefited from a slightly more prominent mesh grille as well as the blue-tinged xenon headlamps. The front indicators, previously mounted below the headlamp unit, were incorporated inside the lamp housing in a similar vein to Volkswagen's Golf. The most obvious difference to the front end is the different shape of the under-bumper air intake and the fog lights. Instead of a benign arc to the intake, the late shape Focus featured a unit bounded on either side by some quite aggressive diagonal supports giving the Focus a far more sporting appearance. The range-topping Focus RS was finally launched in September 2002 and the limited run was sold out by late 2003. An estate version of the ST170 was introduced in April 2003. An LPG powered Bi-Fuel model was launched in June 2003 and the mini-MPV Focus C-MAX range was unveiled in September of the same year. A number of special edition models were launched including the Chic, Elle, Flight, Ink, MP3 and Silver variants. The range was replaced in 2005 with an all-new Focus model.

What You Getword count: 159

Arguably the most stylish and best handling (and riding) family hatchback you can buy. This is a car into which you can load the family and still enjoy such mundane trips as the supermarket run. It's little wonder that waiting lists formed at launch time and that most versions are still in strong demand. Whichever body style you opt for, the Focus is a stylish car with excellent engines and road manners and a well laid-out interior that provides plenty of room for a family. Trim levels were raised across the range with items like a revised centre console, silicon-damped glovebox lids and fresh colours boosting the car's appeal. An automatic gearbox is now available with the punchy 2.0-litre engine. Ford Telematics, a system that offers assistance, telephone functions and traffic information is optional across the range as is ESP electronic stability control. Satellite navigation can even be plumbed into the most basic LX model if you're map dyslexic. 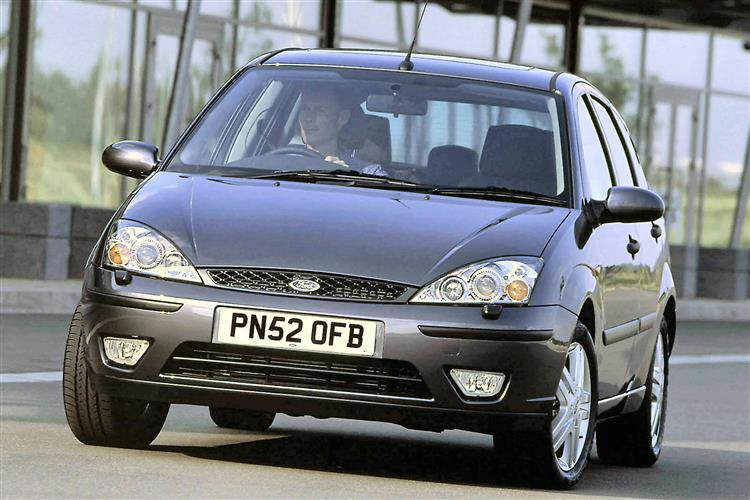