THE MAGNIFICENT SEVEN-SEATER (some text hidden)

The Vauxhall Zafira is a wonderful example of clever packaging. With its versatile seating system acting as its Unique Sales Proposition, Vauxhall's mini-MPV has certainly caught the public's imagination. Taking over from the Renault Scenic as the state-of-the-art buy in this market sector, the Zafira has translated that technical superiority into success in the sales charts. As a used buy, the Zafira makes a lot of sense. With a growing reputation for quality products, Vauxhall's fortunes are on the up, and this reflects in the Zafira's residual values. Demand means you'll be hard pushed to unearth a used bargain, but as with all things, you get what you pay for.

The Zafira filled a hole in the Vauxhall range beyond what an Astra estate could hold, and for buyers who weren't prepared to part with their cash for the larger and decidedly unlovely Sintra MPV, it was a godsend. Taking the Renault Megane Scenic as a mould, the Zafira added a few novel touches of its own, most notably seven-seater capability. When it was introduced in May 1999, the range consisted of base and Comfort trim levels with the 1.6-litre 99bhp engine, and Comfort and Elegance with the 113bhp 1.8-litre unit. The 81bhp 2.0-litre turbo diesel was offered in base, Comfort and Elegance levels. In early 2000, the 1.6-litre base model was redesignated the Zafira 1.6 .com, and a 1.6 Club model slotted between that and the Comfort. A 2.2-litre petrol model was added for the 2001 model year as was a new 100bhp diesel to replace the existing unit. In late 2001 the stonking 190bhp 2.0-litre GSi Turbo was introduced, opening up a whole new sector for the high performance mini-MPV. By Spring 2004, the trim levels had been overhauled to the extent that they read Expression, Life, Design, Elegance, SRi and GSi. It may also be worth looking out for the value-added Active and Energy special edition models. The Zafira made way for an all new model in the Summer of 2005.

What You Getword count: 568

The Zafira is a slightly larger, more conventional-looking take on Renault's Scenic. Despite being based on the Astra, and sharing a similar sized 'footprint' as the Astra Estate, it still manages to seat seven with some ease. Quite how Vauxhall have managed this feat still puzzles most. The answer lies in some ingenious packaging, and a design that works from the inside out. So how does the seating system work? Quite simply really. The middle row of seating slides back and forth by up to eight inches, enabling middle seat passengers to choose between legroom and luggage space. In comparison, the Scenic won't allow you anything like as much movement - though it should be said that its three rear seats are individual and removable: those of the Vauxhall are all part of a fixed rear bench. It's also worth pointing out that the central mid-seat passenger in the Zafira has only a lap belt - odd when you consider that the Astra has three three-point rear belts in every model. That could be a consideration if you habitually carry three child seats just behind you. To be fair, this is not very likely. In any case, if you want to carry more than two people behind you fully belted up; you can always put them in the Zafira's unique third row of seats. These two extra places are remarkably roomy with headroom for a couple of six footers to sit comfortably and enough legroom too as long as you move the middle bench forward a couple of inches. Both seats have three-point belts and when not being used, they simply fold forwards into the floor without the need to remove head restraints. If you're more into carrying luggage than people, the Vauxhall ought also to suit. Take for example, what will probably be a reasonably regular need to use all the luggage space behind the front seats. In the Scenic, unless you want to compromise by simply folding the rear seats in two, you'll have to lug all three of them out of the car and store them somewhere. The Zafira, in contrast, has a much more novel solution. You simply pull up the rear seat cushion and lock it vertically into place. This enables the bench to be slid forward so that it sits tight against the front seats, leaving the load floor completely clear for luggage. That's 60cuft of space. Inside, you should immediately feel the car to be more spacious, especially with regard to shoulder room. That squarer, more upright shape helps here. Behind the wheel, it's all pretty much carried over from the Astra: which means solid, user-friendly knobs, dials, switches and stalks. There's also the same wheel-mounted stereo controls. The car has been designed to accommodate a wide variety of human shapes and sizes: most should be able to get themselves comfortable. There's height adjustment on the driver's seat and reach and rake adjustment on the steering wheel. On a practical note, you'll find a large glovebox, two cupholders in front of the gearlever and a drawer under the passenger seat. Other nice touches include the nets on both front seatbacks and the armrest in the centre of the rear seat which conceals a load-through 'ski hatch' into the boot, as well as twin pop-out cupholders. The only real interior criticisms are the small door pockets and a general lack of colour. 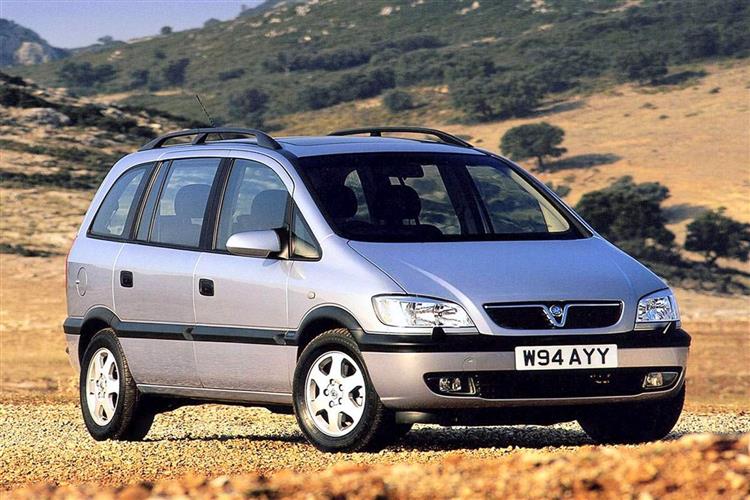