The Vauxhall Nova represented the first attempt by General Motors' European operation to launch a supermini - and a very successful one it was too. The little car (called the 'Opel Corsa' on the continent) had very restrained styling but was bang up to date underneath that conservative bodywork. There was a vast range of trim levels and engines, as Vauxhall attempted to create the perfect Nova for just about everyone. By the time the Nova was succeeded by a newer supermini (now universally called 'Corsa') in April 1993, it was just under 10 years old; to be honest, the model's age was showing. For most of the Eighties it battled the Metro, Fiesta, Peugeot 205 and Renault 5 very successfully, but the age of the chassis and prematurely dated styling were too hard to hide in its last years.

Launched in 1983, the Nova promised much for Vauxhall. The dealers had long wanted a car to take on the Fiesta; the Nova proved to be an ideal competitor. An advantage it had over most rivals was the availability of a saloon variant (in both two and four-door versions), though these were never as popular as the hatchbacks. Engines ranged from 1.0-litre, through 1.2, 1.3 and 1.4-litre petrol units to 1.5-litre diesel and turbo diesel engines; there was also the sporty 1.6 for the GTEi. This model was rebadged GSi after the 1990 facelift, which, amongst other specification changes, brought a new front grille and clear indicators with slimmer headlamps to all models. The best seller both new and used was the 1.2-litre Merit, which, like the Fiesta, appealed mostly because of its availability as a five-door. Another popular version was the 1.2 Luxe (this trim level introduced in 1990), which came with central locking, electric windows, split-folding rear seats and a radio cassette player all as standard. The Nova was finally replaced in 1993 by the new Corsa.

What You Getword count: 90

A handy little car that serves equally well as either a first car (the GSe and GSi are great starter hot hatches), practical runabout or sensible down-size for older buyers who no longer want something big and new. The performance is mostly acceptable, though the diesels and 1.0-litre petrol cars are a bit on the slow side. As a practical car, the Nova is as good as its opposition, if not better in some ways - there aren't many rivals for the Nova saloons and their generously-sized boots, for example. 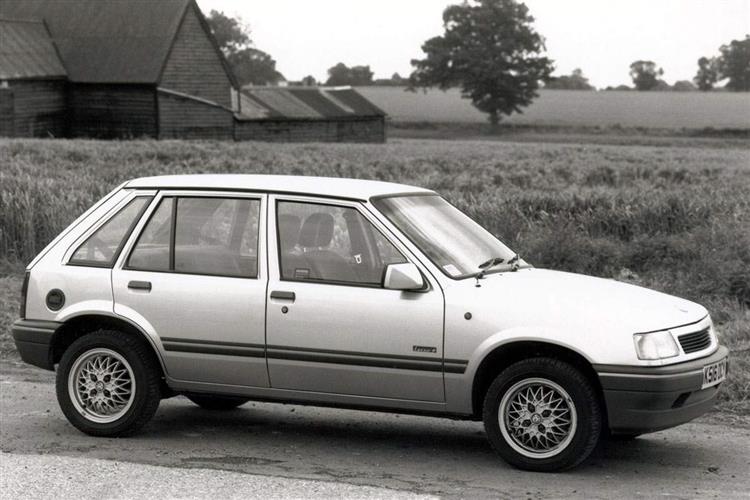