Arguably the most successful fleet car of all time, Vauxhall's Mark II Cavalier is hard to ignore on the secondhand market, if only because of the number of examples still on the forecourts. To be fair, it does make a great deal of sense as a used buy. Build quality was always good, the car always performed well and servicing and parts remain easy and cheap.

The Mark II Cavalier was introduced in October 1988, an all-new shape which nevertheless carried over many parts from its successful predecessor. Vauxhall never stopped improving it, however, right up until its replacement by the Vectra at the end of 1995. Only four-door saloon or five-door hatchback bodystyles were ever offered and the initial engine line-up included 1.4, 1.6 and 2.0-litre petrol engines as well as a 1.7-litre diesel. Soon after launch, 1.8-litre and 4WD models were announced with a turbo diesel added in March 1992. Not long afterwards, the range was face-lifted with a new grille and changes to the rear lamps that were only really obvious on the pricier models. More importantly, catalysts and side-impact protection beams were now fitted as standard. Next, Vauxhall also decided to fit anti-lock brakes and driver's airbags to every model. In 1993, a 2.5-litre V6 made its debut, the smoother alternative to the newly introduced (but largely unloved) 4WD turbocharged flagship. Finally, in 1994, the super-economical 1.6-litre E-Drive units and 16-valve 2.0-litre powerplants were announced. The range was replaced in 1995 by the new Vectra.

What You Getword count: 30

A lot of car for the money. Don't be worried about those that started life on fleets; many will have been well looked after and have completed non-demanding motorway miles. 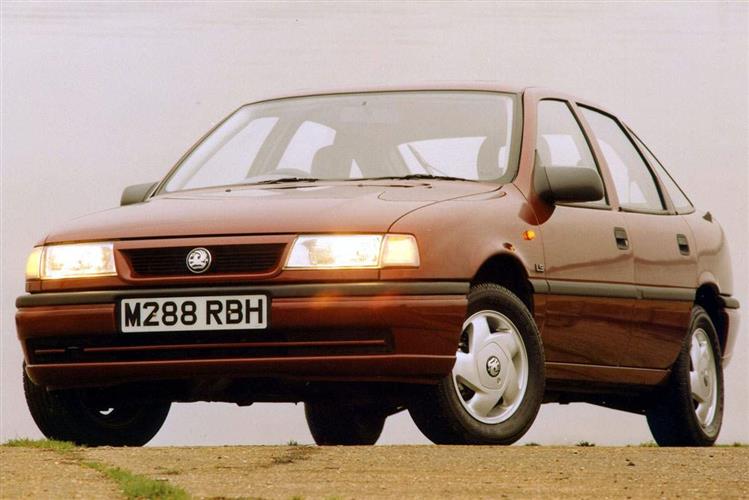