If asked what the most beautiful new car on sale was today, many would plump for a Ferrari 456, a Jaguar XK8 or a Porsche 911 Carrera. If you limit the budget slightly, what are you left with? One car stands out, making its rivals appear about as elegant as a frog in a sock. The Peugeot 406 Coupe has made an immediate impact since its 1997 launch, and as used examples are now finding their way onto the market, it represents the best opportunity if not to get rich quick, then at least to get beautiful ASAP. Pace around the car and there isn't a line, angle or detail that jars. It all flows elegantly from one plane to another - a characteristic more reminiscent of the better Ferraris than a humble Peugeot. That's no accident either. It is from the pen of the 406 Coupe's stylist, Lorenzo Ramciotti, that Ferraris 456 and 550 Maranello were created. This, surely, was his second finest hour.

Before its introduction in July 1997, the concept of a Peugeot being a credible alternative to a BMW 3 Series coupe or a Mercedes CLK was frankly, laughable. Best known for popular high performance hatchbacks, it seemed that the more money you paid for a Peugeot, the less impressive it would become. Perhaps stung by this criticism, the French company decided to develop a coupe version of the well-regarded (if slightly dull) 406 saloon line. Few were prepared for what was to come. The achingly beautiful 406 Coupe was available with two engines, a 137bhp 2.0-litre 4-cylinder and a 194bhp 3.0-litre V6, the larger engined car being offered in two trim levels, base and SE. Perhaps the 3.0-litre nomenclature was a bit of marketing spin, its swept capacity of 2946cc technically making it a 2.9, but what was under the bonnet was a secondary concern to the sleek lines. In August 1999 there was a set of subtle revisions. The interior design was never the Coupe's strong point, bearing far too much of a resemblance to a standard 406 saloon repmobile, not something that really appealed to the prestige car buyer. A new dashboard was fitted with a redesigned centre binnacle, a larger LCD screen and extra chrome finishing on the ventilation vents, mirroring the trim on the dials, gear shift and handbrake. At the same time, the V6 SE was deleted, the range now consisting of two 2.0-litre variants and the stand alone 3.0-litre V6 flagship. These were joined by a 2.2-litre HDi turbo diesel model in June 2001, offered in both S and SE spec. Spring 2002 saw the deletion of the uninspiring 2.0-litre engine, replaced by a punchier 160bhp 2.2-litre powerplant. Peugeot stopped importing the Coupe to the UK towards the end of 2003.

It's always entertaining reading press information that has obviously been directly translated from French. Take this accompanying flannel for the 406 Coupe. The car's frontal aspect is fancifully compared to "the prow of some fantastic ship, with the majestic bonnet, sleek as a propeller blade and the shark's mouth flanked by two elliptical headlights." Quite apart from the fact that ships with propellers at the prow would prove distinctly hazardous to any passing shark, it doesn't take a genius to work out that Peugeot are quite proud of their creation. And so they should be. Certainly, the 'Grand Touring' role they prefer for the car is matched by the accommodation on offer. Unusually for a coupe of this price, there's comfortable space for two in the rear, courtesy of two individually designed seats trimmed by Recaro. Elsewhere around the cabin, it's far more conventional 406 - a little disappointing after the excitement of the bodywork. Still, you do get an aluminium and leather-trimmed gear lever and chrome-rimmed instruments plus the simplified air conditioning and stereo controls introduced with the latest 406 saloon and estate. You also get the bland steering wheel that faces a million photocopier salesman every morning. To be fair, the levels of quality are right up there with Mercedes, if not Audi and BMW, but the perception is ever so slightly lacking. The frameless windows automatically drop half an inch as you touch the door handle and relocate after the door is closed, thus forming a tight wind seal with the rubber door surround. Equipment levels are comprehensive. Even the 2.0-litre car comes with alloy wheels, power steering, split rear seats, central locking and electric mirrors and windows, digital air conditioning with climate control, a CD autochanger, rain-sensitive wipers and a trip computer. If that's not enough, the 2.0-litre SE model that also includes leather seats, side airbags, an auto-dipping rear view mirror, an upgraded audio system and headlamp washers. The V6 Coupe shares the same specification as the SE but to allow for the extra power, has speed-sensitive steering, 16-inch alloy wheels and a Brembo 4-piston braking system. 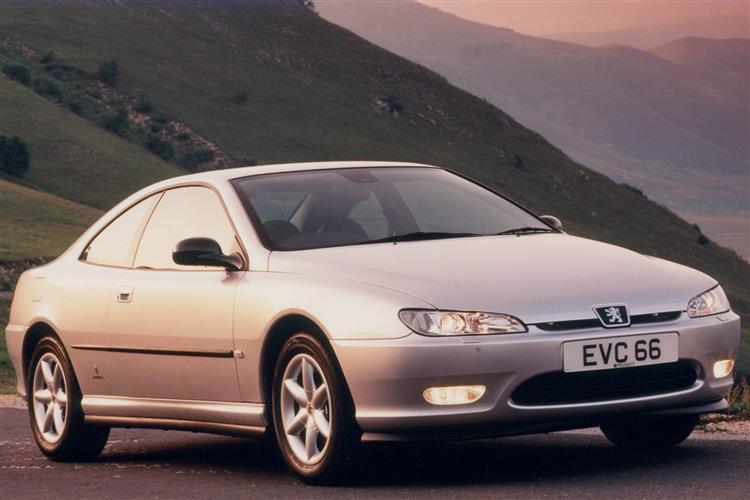