THE GREAT ESTATE (some text hidden)

They're everywhere. You might not notice them at first, but a covert invasion has been waged by those cunning Germans at Mercedes Benz. The executive estate market has been thoroughly infiltrated by the Mercedes C-class Estate. Keep your eyes open on the way to work tomorrow and you'll realise just what a success this premium estate has been during its five years on sale in the UK. Sure, the BMW 3 Series Touring may be more glamorous, the Alfa 156 Sportwagon more dynamic and the Audi A4 Estate significantly cooler, but the little Benz has consistently clocked up enough sales to keep the others on their toes. The reason the C-class Estate makes such a good used buy is the same as why the S-Class feels so bulletproof five, ten even fifteen years down the road. This was a car that brought new standards of quality and build integrity to the compact executive sector of the luxury market. It was assembled just like an S-class and felt just as good to drive - which is why many clever buyers are now snapping these cars up on the used market. You won't find a bargain basement C-class but find a well looked after example and it will run forever. Quarter of a million miles on the clock? Barely run in. That depth of engineering is why you're never far from a C-class Estate.

Whilst the C-class' predecessor, the Mercedes 190 was undeniably popular, the glaring lack of an estate option was remedied by the introduction of the C-class estate back in October 1996. Breaking from the rather basic trim levels of the 190 series, the C-class featured a rather unique portfolio of trim packages which enabled the buyer to tailor each car to his or her own individual lifestyle. The surprisingly well appointed entry-level package was badged Classic, while those in search of brighter colours and a more youthful appearance could opt for similarly-priced Esprit models. If it was luxury you were after, it was possible to pay a premium to specify cars in wood and chrome-trimmed Elegance form. Those of sporting inclination meanwhile, were encouraged to opt for the Sport package, with its distinctive trim, attractive wheels and stiffened suspension. This formula was an instant success, coupled as it was with the usual wide selection of engines. Buyers chose between 1.8, 2.0, 2.3 Kompressor (supercharged), 2.4 or 2.8-litre petrol units or opted for 2.2-litre diesel (C220CDi) or 2.5-litre turbo-diesel power (the C250). In February 1998, the range was completed with the addition of the high performance C43 AMG estate. ASR anti-skid control was added to the standard specification at this point, with the ESP traction control system also incorporated into the standard specification a year later. In September 2000, an all-new C-class saloon range was launched with a new range of engines. The old-shape estate continued into 2001 however, and to keep buyers of that car happy, Mercedes fitted the new C200 Kompressor saloon's supercharged engine to the C200 estate model.

What You Getword count: 75 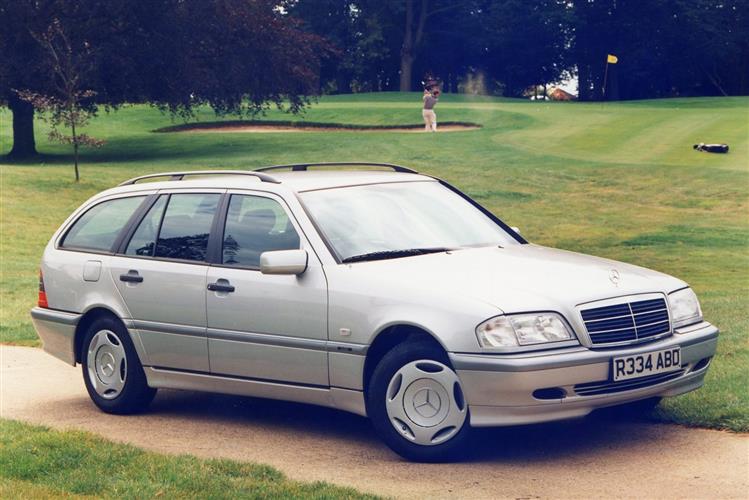