THREE AT LAST (some text hidden)

So far ahead of the chasing back was BMW's E46 3 Series when it was first introduced in 1998 that it seemed as if it would enjoy an extended period of dominance. BMW's rivals, however, had other ideas. The facelifted version of the 3 Series saloon and Touring models aimed to keep the model fresh and sales were indeed revitalised but a fresh crop of tough rivals meant that the 3 Series' slice of the compact executive pie was being steadily eroded. This increased competition kept BMW prices manageable and these savings have, in turn, been realised by used buyers of the post 2001 BMW 3 Series. The 3 Series has garnered a reputation as one of the most bulletproof used buys around so although prices are reasonable, don't expect any ridiculous bargains. You get what you pay for, even in these competitive times.

This generation 3 Series is very much a car defined by the talents of its rivals. First introduced in 1998, it enjoyed some time in the limelight as undisputed market leader until the all-new Mercedes C-Class arrived in 2000. This was rapidly followed by Audi's new A4 and Jaguar's X-TYPE. BMW's response was to introduce a raft of new engines, the 170bhp 2.2-litre 320i and the 192bhp 325i followed by a summer 2001 revision to the styling, steering and suspension set ups of the saloon and touring models. The 318i got a 2.0-litre 143bhp engine whilst the 320d also benefited from a power boost due to new common rail technology. The coupe and convertible models carried on as before. At the same time, the 1.9-litre 316 was quietly dropped from the range. Spring 2002 saw the reintroduction of the 316i, this time round with a worthwhile 115bhp Valvetronic engine. A wider selection of value added ES and Sport versions were added in early 2003 and a stonking 204bhp version of the 3.0-litre diesel was announced, earmarked for the first time to go under the bonnet of the Coupe. A 320cd coupe preceded this version, powered by a 150bhp oil burner, it represented BMW's first foray into the diesel coupe sector. ES value models designed to appeal to private buyers appeared during 2002. The M3 carried on much as before, with the Convertible added in March 2001 but late 2003 saw the introduction of the frighteningly expensive and very specialist M3 CSL lightweight. Early 2004 saw the arrival of an entry-level diesel, the 318d, and later that same year the 320d was added to the Coupe and Convertible ranges. An all new 3-Series saloon appeared in Spring 2005 superseding this model.

Owners of the original 1998-vintage car will notice that the curvy headlamps are slightly curvier still on this model. They may also appreciate the revised front grille and deeper front and rear valances, plus the restyled rear light clusters and the way that this car's side repeaters are tucked into the swage line just behind the front wheel. BMW reckon this adds up to a more muscular look. You may disagree. What isn't up for debate is that the current 3 Series benefits from the sweeter suspension settings and steering rack that you'll find in the Compact version, a model much praised for its pin-sharp handling. And sure enough, after a hard drive in this improved 3 Series Saloon, you may wonder how it manages to be so much better than the apparently peerless version that sired it. The answer comes from the surprising direction of the US. Apparently US customers called for lighter steering and softer seating on the 3-Series, and apart from spy planes and Cuban cigars, what the US wants it invariably gets. Until now. Rebellious engineers at BMW decided that they weren't going to be told what to do by portly Americans. On the contrary, it was decreed that from the latest-shape Compact forward, BMWs were going to have proper sporting suspension setups and nigh-on telepathic steering systems. Burkhard Goschel, BMW's Head of Research and Development is the man to thank when you realise quite how comprehensively your shiny new 3 Series thrashes the opposition. The suspension is some 20% stiffer than before, and the steering rack has been quickened while the amount of power assistance has tapered off, giving a greater level of feel and heft at the helm. Sounds good? Just wait until you drive it. 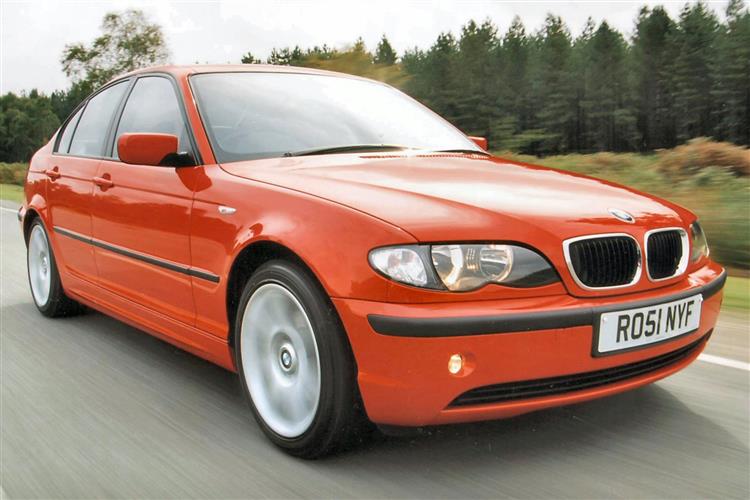