How green are you? Seriously. Think about it next time you fire up your present car. Consider how much carbon dioxide you churn out, how much fossil fuel you pump in and what percentage of your car is recyclable. We all know that the current 'consume now, worry later' attitude can't last and some manufacturers have started looking at alternatives to the internal combustion engine. One of them is Toyota, a company who has probably made the best fist yet of alternative fuel as a genuinely practical prospect. The Prius saloon is a petrol/electric hybrid that offers impressive economy and an unimpeachably green conscience. What's more, it makes an interesting used buy.

The Toyota Prius was borne from a realisation that ever-stricter emissions regulations would eventually mean that conventional petrol engined vehicles would be legislated out of existence. This being so, it was important for Toyota to produce a workable option first and build hybrid expertise before the requirement was thrust upon them. In 'getting their retaliation in first' Toyota produced a very capable vehicle that neatly sidestepped many of the reservations that most motorists had about alternative fuels. Launched in Japan in 1997, the Prius was a modest success but expectations that it would perform equally well here in the UK were dashed by sales that were extremely slow. Part of this was due to the Prius' high price, which was pitched in excess of £16,000. Yes, it may have been cheap to run, but a £10,000 Civic worked out far cheaper and more fun over three years. Like its fellow petrol/electric hybrid, the Honda Insight, the Prius brought ingenious technology to market, albeit with an anvil of a price tag around its neck. Toyota realised that the sticker price was way more than the market would bear but rather than merely slash the asking price, they replaced the Prius with a much larger and sleeker hatchback model in summer 2000.

Though from the outside, the Prius looks like a conventional small saloon, it's actually classified as what the industry calls a 'hybrid': in other words, it runs on a combination of electric and petrol power, theoretically offering the best of both worlds. If at this point, you have visions of something painfully slow that needs constant recharging, then don't worry: Toyota has worked hard to eradicate these drawbacks. Let's start with the basics. The car can run either on its highly efficient, low emissions 1.5-litre petrol engine, its electric motor, or a combination of both. The ratio of power provided by each system is constantly monitored electronically (depending on speed and load) to keep the vehicle in its most efficient operating mode. The advanced technology means that the Prius is a genuine hybrid car that can run on electric power alone - not a petrol engine assisted by an electric motor. Under certain driving conditions, the conventional engine shuts down completely and the electric motor takes over. As a result, in many high-density traffic situations, Prius is totally emissions-free - the only car on the market that can offer this major environmental benefit. Equipment levels are high, including air conditioning, twin airbags, ABS, a CD/radio/cassette, alloy wheels, electric windows and metallic paint. All of this makes up for the fact that the interior is a little plasticky and down-market. Still, there are numerous storage spaces, a console box and the inevitable cup holders, plus a 60/40 split-folding rear seat. Dominating the dashboard is a 5.8 inch central monitor which shows the energy status and recovery usage of the hybrid system. It also serves as a general display panel for audio and, where fitted, navigation information. 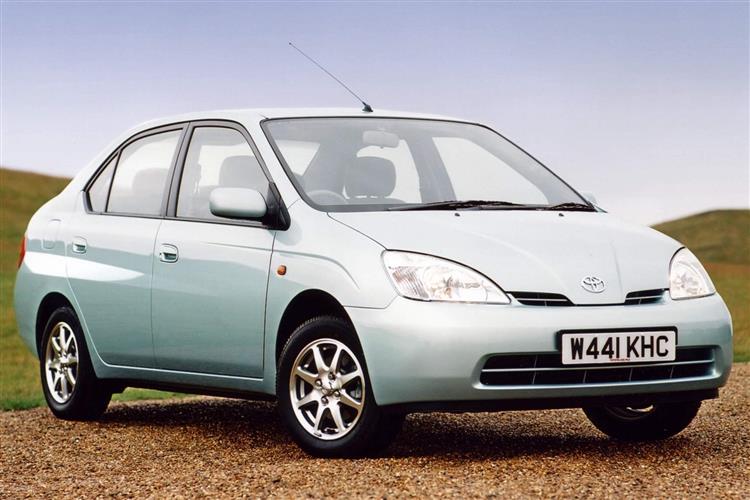